ABSTRACT: Over the past several years, perhaps no single person has fostered collaborations with groups on the fringe of networking infrastructure than Dan Nichols of Northern Illinois University. In this session, Dan will explain how to reach partners with limited expertise and resources. Prominent software solutions like Artsmesh and Jam Kazaam will be explored. 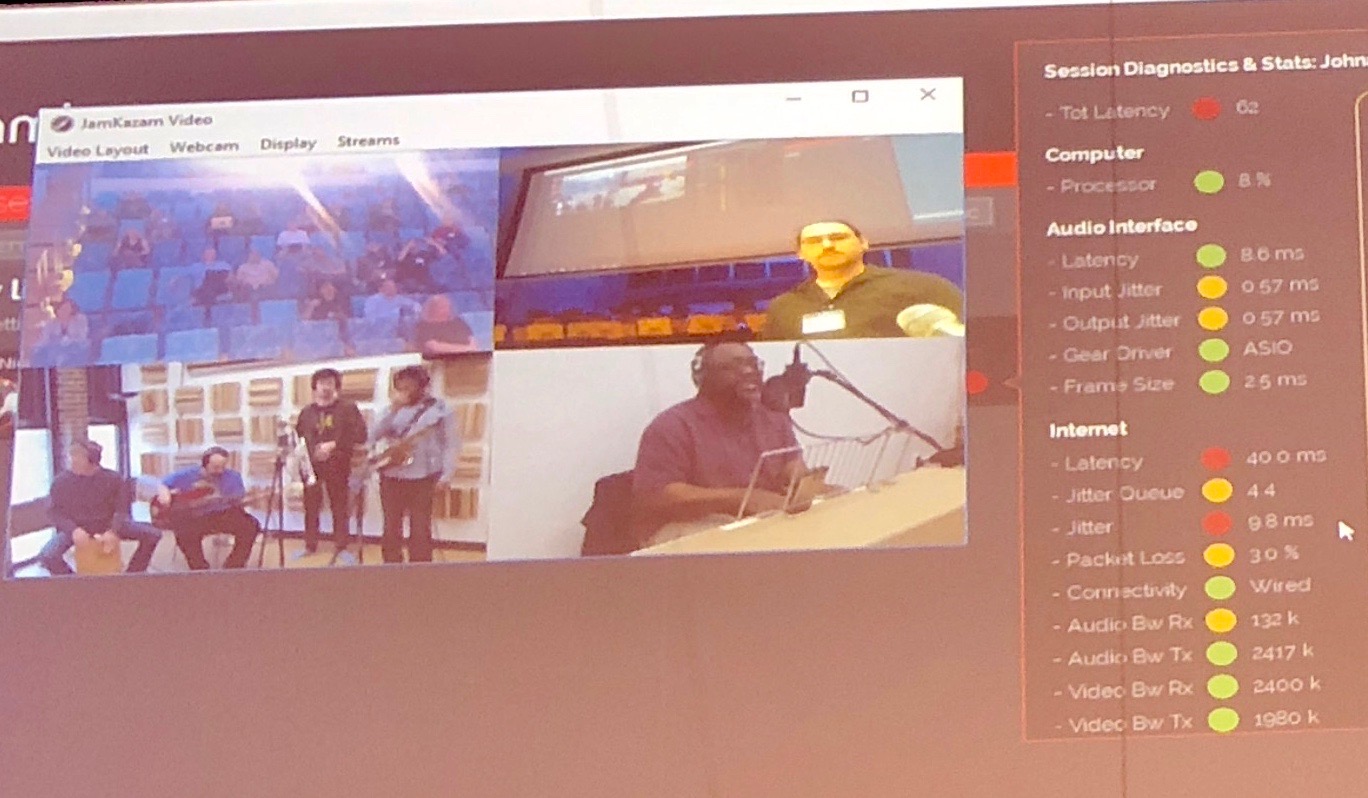 Thus far, the conference has focused on high-bandwidth institutions with fast Internet2 connections. Dan’s presentation covers bringing networked collaboration to the masses, particularly those who do not have access to these network/hardware/institutional resources.
Dan begins with a description of Jamkazam, a free solution (that also offers a $299 hardware audio interface). After describing its features and virtues, he plays us a demo of multi-site bands jamming at SXSW 2014.

Our next demo is a Mac-only solution called artsmesh. Dan expresses some reservations about its business model, including the need to purchase it with cryptocurrency (!). He is also unsure about the background of some of the demo videos on its website. Moving on.
We now see a live jamkazam session. Dan describes 6-9% packet loss, given the different connections. We see a live remote band in Illinois – a four-piece brass/wind/percussion group, a separate feed from a keyboard player, and two other feeds – Dan’s onstage cam, and another camera on us, the audience here at New World. He measures a 62ms latency and talks us through the software’s live connection information.
[JB note – the most impressive thing about JamKazam for me, apart from being free of course, is its ease of use. I can see it has many useful applications for music education (teaching and auditions) as well as live performance (remote bands). The live demo works well but there is some audio dropout due to jitter; during questions, Dan reassures us that in a mission-critical situation the glitches in the demo could be eliminated with preparation, buffering and network testing. I particularly like how easy the interface is to use – pretty much the same as Skype or similar. This could be really democratising for network musicians.]