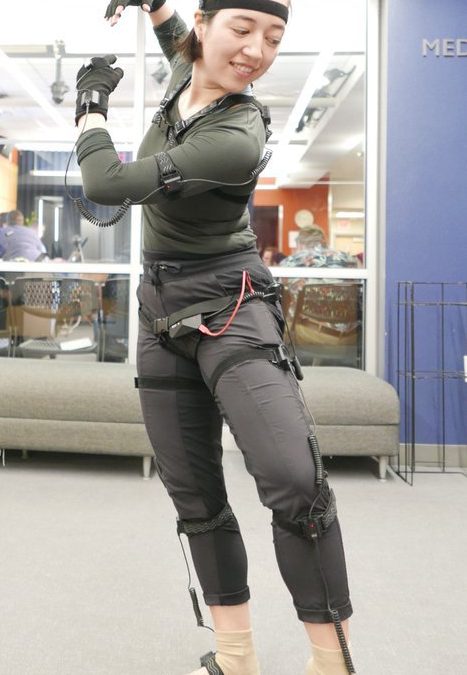 Yesterday I attended the inaugural Berklee XR summit, held on Feb 7th 2018 at the Berklee Media Center, here at Massachusetts Ave in Boston, part of the Stan Getz Library. The all-day event was envisaged by our estimable Berklee colleague and XR Professor Lori Landay. XR is a catch-all term (Cross Reality, or Extended Reality) and it refers to “technology-mediated experiences that combine digital and biological realities”. Augmented Reality (AR) is adding virtual objects to the real world, typically through a smartphone camera (Pokémon Go being a well-known example); Virtual Reality (VR) is creating an entire immersive world for the user to experience, usually via first-person headset technologies. VR is particularly used in games such as Doom VFR but also in non-gaming contexts, including medicine, education and law (not to mention dance).
As promised to the delegates on the day, I’ve listed below some of the urls we collected, from listening to the artists, colleagues, presentations and exhibitors. If you were there and you think I’ve missed any, please contact me here or @joebennettmusic and I’ll be glad to add to the list.
As this is a WordPress blog, I was pleased to learn that the platform natively supports 360 stills, so I’ve embedded one below from the event (Insta360 One camera).
[vr url=https://joebennett.files.wordpress.com/2018/02/tempimagedatafile.jpg view=360]
The urls are interpolated as links within the day’s schedule, or pasted at the time of day they occurred.
XR: general discussion and panel 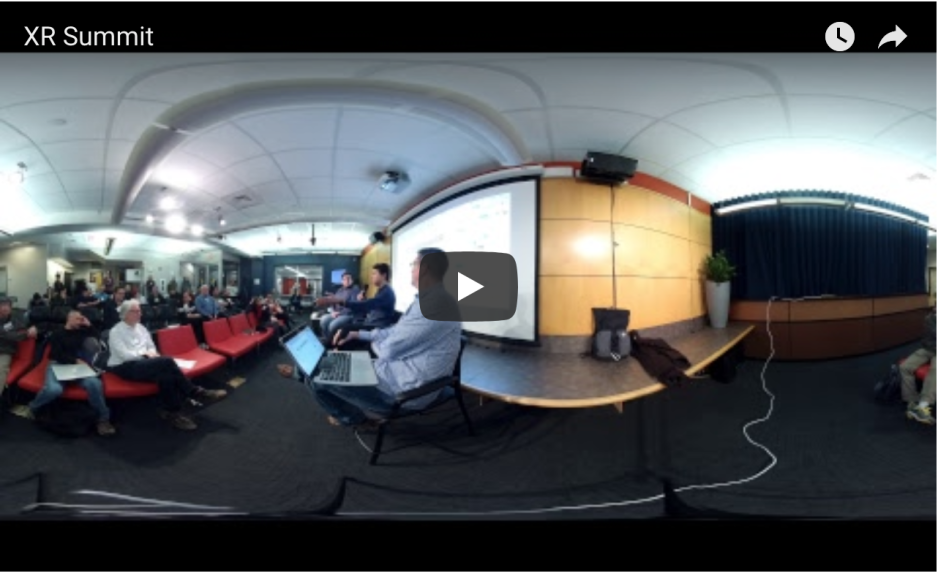 “Pushing her viola to the very limits of its expression, she is a creator of soundscapes, roiling aural sculptures that she shapes by looping one sonic texture atop another until her work achieves a denseness that is at once seductive and overwhelming. Despite the absence of words, her pieces have an uncanny literary feel.” — Anthony DeCurtis of Rolling Stone 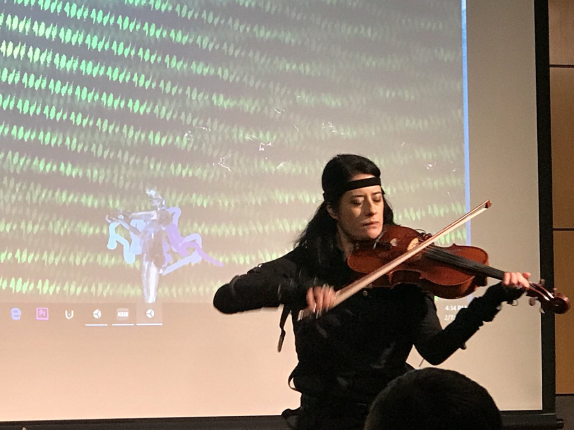 Additional URLs that were mentioned today