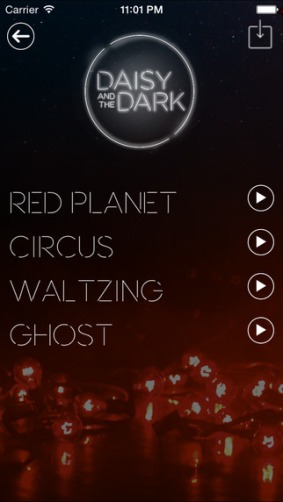 Rob begins with a discussion of what it means to manipulate music ‘not as the artist intended’, citing DJ culture, mashups, sampling, replaced drum beats etc, from the 1950s to the present day. In each case he’s referring to the manipulation of the final stereo mix.

Examples given include DJ Dangermouse’s The Black Album and NIN’s The Hand That Feeds, leading us to more recent works such as Rock Band/Guitar Hero, Bjork’s Biophillia app, and Gwilym Gold’s Tender Metal music app (2012), an album that never plays the same way twice.

END_OF_DOCUMENT_TOKEN_TO_BE_REPLACED

[Arnar has a background as a music journalist and is a panellist/judge with expertise relating to Nordic pop. As a PhD student he also speaks modestly of his ‘academic wisdom, developing’! He defines ‘Nordic’ as Iceland, Norway, Denmark, Sweden and Finland and contrasts these countries with the ‘all-powerful’ Anglo-American pop tradition. Today’s discussion is about cultural stereotypes in Nordic popular music].

Our first example is Anna von Hausswolff and her video is briefly discussed, mainly for its ‘walking in the snow’ Nordic stereotype.

END_OF_DOCUMENT_TOKEN_TO_BE_REPLACED

Keith begins with an entertainingly ‘sci-fi’ way of looking at musical creativity – that is, speculating about the opportunity to make different choices at various stages in the composition’s development (and in its playback timeline). Dynamic Music is categorised (after Collins) as ‘Interactive’ (where the music changes in response to the user) and ‘Adaptive’ (where the user interacts with an additional element that in turn affects the music). Keith adds ‘Generative’ to the taxonomy in order to include music that changes due to internal systems [JB note – he comments that he was prevented for tech reasons from doing a live iPhone demo but I infer he was going to show us something like this – http://www.generativemusic.com/].

END_OF_DOCUMENT_TOKEN_TO_BE_REPLACED

Justin Williams / Ross Wilson (Bristol University): Music and Crowdfunded Websites: Digital Patronage and Artist-Fan Interactivity
This chapter investigates the economics of virtual bands—funding strategies and business frameworks that reflect virtual music business cultures in the Web 2.0 landscape. Most pertinent is the recent trend of fan-funded projects, also known as “crowdfunding” or “micro-patronage,” of which sites like Kickstarter, Pledgemusic, Sellaband and Rockethub provide a successful model. After an overview of terminology and online funding methods, the chapter focuses on three case studies that demonstrate the different ways groups and artists use crowdfunding for their projects: jazz orchestra composer Maria Schneider (on ArtistShare), canonical hip-hop group Public Enemy (on Sellaband) and singer-songwriter Amanda F. Palmer (on Kickstarter). The case studies raise important questions surrounding genre and ideology, new conditions of the digital music industry, artist-fan interactivity and the role of the internet in facilitating spaces for musical creativity and communication.