Skip to content
0 comments on “IASPM 2014: Vocal Style and the Southern Man”

ABSTRACT: Although America’s south has long been associated with political conservatism and intolerance (e.g. W. J. Cash’s The Mind of the South, 1941), it was only in the 1960s that country music began overtly to express such ideas, provoked by the counter culture’s stance on the war in Vietnam. The appearance at that time of songs defending the military action and extolling patriotism served to reinforce long-held beliefs that both country music and the southern states from which it emerged were reactionary and chauvinistic, strengthening ideas that the south was a world apart.

END_OF_DOCUMENT_TOKEN_TO_BE_REPLACED
1 comment on “IASPM 2014: ¿Dónde está: The Creative Role of Alfreda Benge in the Music of Robert Wyatt”

¿Dónde está: The Creative Role of Alfred Benge in the Music of Robert Wyatt

ABSTRACT: To many journalists, ‘Alfie’ is simply the woman who picks them up from the station when they come to interview her husband—or, at most, the woman who inspired Sea Song. My paper will aim to document Benge’s multi-faceted role, which may be far more active than mere muse. I will examine her role in the studio (drawing on interviews with Wyatt and Benge themselves, as well as with several other musicians and the engineer Jamie Johnson). This paper will discuss Benge’s pivotal role in securing deals (with Virgin, Rough Trade, Hannibal/Ryko and Domino) as Wyatt’s de facto business manager, and her contribution to the visual presentation of his work (she has designed the cover of every album since 1974’s Rock Bottom). Her creative contribution is evident in the work itself; since 1991’s Dondestan, Benge has written lyrics for a number of the songs that appear under her husband’s name. What is the power dynamic that governs their relationship, both professional and personal? Is the critics’ relative neglect of Benge’s contribution due to sexism, or are there other issues at play? To what extent should her album cover be seen as part of Wyatt’s—or Wyatt and Benge’s—artistic output (Machin, 2010)? Finally, what is the relationship between writing, singing and authorship, particularly in relation to the cover versions Wyatt himself records, and the increasing number of other artists who, in turn, cover his songs (Solis, 2010)?

Collaborative Musical Production and Identity: The Case of Milton Nascimento and the Clube da Esquina 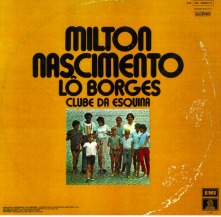 The Clube da Esquina [Corner Club] is a collective of popular musicians and lyricists led by Brazilian performer-composer Milton Nascimento that first found success in the early 1970s. Nascimento has released more than 30 albums and continues to tour extensively throughout Brazil and the world, but to hear his music of the 1970s as that of the solidification of an audacious solo career—while perhaps accurate in commercial terms—is a misunderstanding of how the music was created and produced. This work seeks to explore the unique nature of collaboration employed by the members of the Clube da Esquina that led to them being understood as not only a musical collective, but a distinct “sound” or approach to MPB (música popular brasileira, or Brazilian popular music). In exploring the nature of collaboration, this research also explores its limits. Among the group’s groundbreaking achievements was the flexible sharing of performing roles—in which a single musician might perform piano, bass, drums, percussion, lead guitar, or lead vocal depending on the needs of the track—and lyrical duties within the collective. Though the Clube da Esquina is defined by these negotiations of artistic, commercial, and aesthetic production, their trajectory was also profoundly shaped by limits, such as divergent goals and critical reception.

END_OF_DOCUMENT_TOKEN_TO_BE_REPLACED
1 comment on “IASPM 2014: Morals, Meaning and Money: Popular Musical Copying in the Age of Digital”

At the root of copyright’s legislative reach, and practical effects, is the matter of ‘copying’ itself – often referring to what may legitimately (morally or legally) be done with an apparently completed piece. Yet making music, and acquiring the skills to do so, is shot through with acts of copying, from straightforwardly learning a basic riff to the network of socially inflected influences in composition and multifarious technological means of manipulation, particularly in popular music, where criteria for entry to the field are relatively lightly codified. Likewise, as well disrupting longstanding distribution methods, digital technology has blurred the relationship between production, consumption and the ‘finished product’.

Musicians are central to an industry rhetoric in support of copyright protection that often relies upon conceptions of discrete works established in a pre-digital era. This paper explores popular musical practices themselves in the face of a rapidly evolving palette of creative possibilities. How do musicians regard digital techniques—like sampling—and their outputs against other long established forms of copying? At what point do they consider the implications of copyright for their practice?

END_OF_DOCUMENT_TOKEN_TO_BE_REPLACED
1 comment on “IASPM 2014: Take It or Leave It! Copyright, Creators and Commercial Decision-Making”

This paper scrutinizes the role of copyright in the commercial decision-making of Popular Music creators. UK copyright law confers an exclusive ‘basket of rights’ on musical creators. Theoretically at least, this privileges creators as the key decision makers in copyright transactions. However, scholars have questioned whether most creators wield meaningful influence in these negotiations. Instead, they have argued that creators find themselves in extremely weak bargaining positions largely due to the ‘take it or leave it’ terms offered by commercial investors.

Perhaps as a consequence of these critiques, the nuance in the ‘lived experience’ of creators’ commercial decisions has been largely overlooked in academic research. Drawing on data gathered from in-depth interviews with contemporary creators and investors, this paper probes the complex interplay between these key stakeholders.

Richard begins with a discussion of a personal experience of seeing Mona Lisa recently at The Louvre, and uses this as a springboard to reflect on the difficulty in separating a work from its mythology. He then discusses the ‘Text’ and the ‘Context’ with reference to Tagg.

Leonard Bernstein’s view of Elvis is cited – he described the latter as ‘the greatest cultural force in the twentieth century’ and reflected on his influence on musical grammar. This leads the paper to a discussion of craft and art, and the relationship between creative constraints and an ideas-driven agenda. Such constraints, Richard suggests, can include technically poor musical skills (Sleaford Mods and Ian Curtis are cited as examples), and with these constraints some songwriters can thrive if they have an ‘ideas-driven agenda’.

Keith begins with an entertainingly ‘sci-fi’ way of looking at musical creativity – that is, speculating about the opportunity to make different choices at various stages in the composition’s development (and in its playback timeline). Dynamic Music is categorised (after Collins) as ‘Interactive’ (where the music changes in response to the user) and ‘Adaptive’ (where the user interacts with an additional element that in turn affects the music). Keith adds ‘Generative’ to the taxonomy in order to include music that changes due to internal systems [JB note – he comments that he was prevented for tech reasons from doing a live iPhone demo but I infer he was going to show us something like this – http://www.generativemusic.com/].