Skip to content
0 comments on “IASPM day 2 – Creativity, Competition and the Collecting Societies”

Creativity, Competition and the Collecting Societies. John Street (University of East Anglia, UK)
[abstract]
Why do democratic states regulate music? What values do they hope to realise? Many different answers are given (‘diversity’, ‘excellence’, ‘innovation’, etc.), but typically the assumption is that music is, in some way, ‘special’, both in resepect of other market goods and even in respect of other cultural goods. This paper explores the politics of the regulation of markets in music, first by considering the claim to ‘specialness’, and then by considering how the link between creativity and competition has been imagined in policy and in practice. The paper ends by focusing on key actors in the market in music – the collecting societies. These bodies, central to the realisation of income in the digital economy, have been largely overlooked, and yet they are crucial players in determining the interplay of competition and creativity. They help shape the market in politically and culturally significant ways, and so determine the values.

END_OF_DOCUMENT_TOKEN_TO_BE_REPLACED

The Wiggles: Australia’s most popular unpopular musical export. Liz Giuffre (Macquarie University, Australia)
[abstract]
Children’s songwriters, musicians and performers The Wiggles have regularly appeared on the Business Review Weekly (BRW)’s list of highest paid entertainers in Australia, and have also become an unlikely embodiment of Australian success internationally. This paper argues that The Wiggles produce undoubtedly popular music for their target market, but given that this demographic is almost exclusively children (particularly those of pre-school age), they have been overlooked by the popular music academy. This omission reignites questions of exactly what is popular music, but also draws on cross-discipline arguments such as those in television studies which challenge how we gauge ‘quality entertainment’ and its audience. Children (particularly those of pre-school age) are not a demographic that is often considered in examinations of popular music or media (beyond studies of educational impact or narratives of children’s relative vulnerability to exposure to certain ideas or concepts), however I will show how the niche marketing and success of this band and their broader music and media work functions in much the same way as other popular music subgenres. I will show that The Wiggles remain unpopular with scholars and researchers because of the band (and wider franchise’s) continued focus on its core, preschool market.

END_OF_DOCUMENT_TOKEN_TO_BE_REPLACED 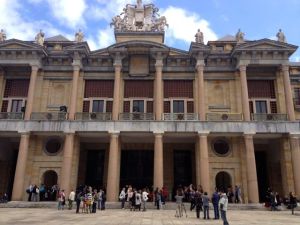 Authorship in the age of Digital Reproduction. Anne Danielsen (University of Oslo, Norway)
[abstract]
In the field of music, authorship traditionally resides in the musical work. In practice, this notion relies on the possibility of separating the performative aspects of music from the pre-composed. Authorship has thus been linked to the ‘frozen’ aspects of the musical process, to the structure that is left behind when the performance is over, either in the form of a notated score or a memorable melody. With the advent of recording techniques, the importance of the performance-related aspects came to the surface since in a recording also what were traditionally regarded as expressive means were fixed and thus possible to repeat. Previous to digital music production it was not possible to extract such performance-related aspects from the totality of the recorded sound. In the age of digital music production, however, this is different. In this paper I will discuss some examples of musical practice where the question of authorship is complicated, either because the creative contribution made by a specific author has not been acknowledged as part of the protected work, or because there are difficulties related to the very act of identifying wherein the authorship lies.

END_OF_DOCUMENT_TOKEN_TO_BE_REPLACED 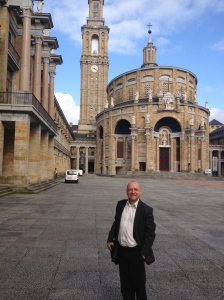 Here’s my abstract for this morning’s presentation. All the slides will be posted here soon, so for now here’s a link to a book chapter that sets today’s paper in context of the my research into the creative processes used by songwriters.

For a song to attract copyright it must be original. Songwriters therefore need to avoid plagiarism whilst working within the established constraints of song form. Any song that is too similar to another will breach its copyright; one that deviates too far from established norms may not survive the marketplace. Copyright law protects songwriters from accidental or flagrant plagiarism, but it can only protect musical elements that can be codified. Demers (2006) argues that this has led to a privileging of melody, lyric and harmony, offering these elements more protection than auditory artefacts such as timbre, production or arrangement. Industrially, ‘song’ and ‘track’ are economically separated but in creative practice – and in the ear of the listener – the distinction is not so easy to make. This paper will explore the difference between song originality as enshrined in case law and will contrast these with examples of homage/copying that have not been shown to infringe copyright. Drawing on the presenter’s own experience as an expert witness musicologist in copyright disputes, it will discuss the moral and legal ambiguity of the dividing line between ‘song’ and ‘track’ and what this means for songwriting’s creative development in the future.

0 comments on “IASPM session 2a – Australia and New Zealand”

This paper will examine the ideas behind such a conservative selection of cultural works that form the basis for Hip Hop music. As Dimitriadis (2009) has suggested, a Hip Hop identity is often “worked through” by a complex positioning and re-positioning of texts between peoples. The selection of such texts forms a ‘Shared Listening History’ among Hip Hop artists in Australia and New Zealand. This allows for the construction of a Hip Hop identity worked out through interaction with these texts. A point reiterated by Australian Hip Hop artist Dialect, “[my music is] straight up Hip Hop music, concerned with preserving and respecting the culture’s traditions and origins [as] laid out by the architects” (Tang 2011, p.22).

Drawing on ethnographic research with Hip Hop artists in Australia and New Zealand, the paper exemplifies how a ‘Shared Listening History’ provides an important structure within the genre. Australian and New Zealand Hip Hop artists engagement with the “architects” of the culture has important implications on the ways in which these artists then construct their music and remain “authentic”.

END_OF_DOCUMENT_TOKEN_TO_BE_REPLACED Between 1910 and 1919, a spate of stories set in Tin Pan Alley (the New York sheet-music publishing district) appeared in mass-circulation magazines, newspapers, and cinemas. These contributed to the growing popular knowledge about how popular music was manufactured and promoted; thus they can offer us useful views of the workings of the early music industry, from a perspective that differs somewhat from non-fictional accounts of this period. My paper will explore what these stories tell us in particular about the evaluation of popular music and its frequently fraudulent industrial practices. These largely “romantic” narratives are driven by a conception of Tin Pan Alley as a place where authentic love and authentic musical creation/production can become, against the odds, intertwined and interdependent. Here also we glimpse the rising prominence of “backstage” or insider accounts of cultural industries in the 1910s, prior to Hollywood’s mass of self-revelations and self-mystifications of the 1920s. Together, these insights can contribute to a broader historicisation of contemporary notions of authenticity in general, and of their mainstream, mediated roots in particular. This paper represents the next phase of my current work on a genealogy of “mainstream” authenticity, first presented at my Liverpool 2009 plenary, “Tin Pan Allegory”.

END_OF_DOCUMENT_TOKEN_TO_BE_REPLACED

To anyone who is involved in the academic discussion of popular music, Professor Simon Frith is perhaps one of our megastars. I was delighted to hear that he was the keynote speaker for this conference, as he is one of the driving forces behind IASPM itself and our journal – Popular Music. That this is his final conference (he intends to retire within the year) made his speech all the more poignant. 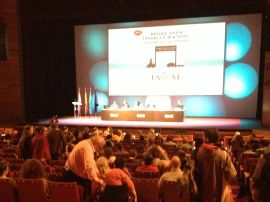 [with apologies to Simon for any inelegance or misrepresentation in the summative text below – I found the keynote extremely engaging, and have tried to balance my own interest in his points with the practical necessity of live blogging!].

Simon opened his keynote with a comment about his preference for the avoidance of nostalgia – and noted that Bruce Springsteen will be performing in Gijòn this week! He talked briefly about his influential book Performing Rites, written in the 1990s, and then discussed where popular music scholarship might be going today. His interest has always been partly located in the arguments of what constitutes ‘value’ in popular music, and notions of ‘good’ and ‘bad’ popular music. As an academic he takes what is still a very brave approach – of using academic tools to analyse highly contextual social considerations of aesthetic value in music.

END_OF_DOCUMENT_TOKEN_TO_BE_REPLACED

I’m here at the 2013 IASPM (International Society for the Study of Popular Music) biennial conference. I’m one of about 20 British popular musicologists and there are several hundred of us from all around the world. We’re at the magnificent Laboral Ciudad de la Cultura in Gijòn, Spain. I’ve attempted to blog the sessions – including the abstracts and a brief summary – here. I do so with apologies to the presenters for any unintentional misrepresentation.