Did Childish Gambino plagiarize in “This Is America”? [answer: no] 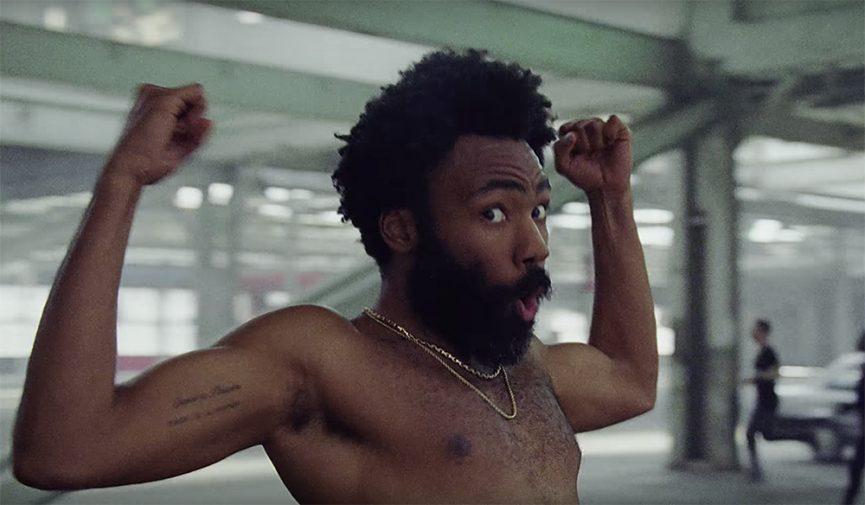 Betteridge’s law famously states that “Any headline that ends in a question mark can be answered by the word no“. And so, in the spirit of good blogging and the avoidance of cheap clickbait, I have answered my own question in the title of this post. But the answer isn’t interesting; what’s important here is why anyone is asking the question in the first place.

Childish Gambino aka Donald Glover was sued for copyright infringement last week for allegedly copying parts of 2018’s “This Is America” from Kidd Wes’s 2016 track “Made In America”. The court filing quotes from the expert witness report, written by plaintiff’s musicologist Brent Swanson, stating the following:

There are distinct similarities in melodic contour, rhythmic triplet flow in each performance, and the lines ‘Made in America’ and ‘This is America’ line- up nearly perfectly in time despite being different tempos. They also both use rhythmic utterances in their performances. It is authors’ opinion that these similarities are likely not coincidences.

[There’s more to the complaint than just the music; it also alleges contextual similarities like themes of oppression of African Americans and “racist power structures in the U.S”. I’m not going to cover this area here, given that this blog post is about the music, but IMO this is pretty thin, given that this subject is so widely covered in rap lyrics.]

So let’s take a listen to the actual works. The section in question is the triplet rap flow of the title. In MIA 2016 this first appears at [0:19]:

The court filing presumably refers to the 8th-note triplet figure that, in each case, has the 6-syllable title “Made In America” / “This Is America” taking up two 8th-note triplets over beats 3 and 4 of the bar. And the phrases are indeed identical, when analyzed as isolated one-beat phrases.

But here’s the thing – they’re not really the same. The only way the phrases line up is if you manipulate the methodology to compare bar 1 of TIA’s verse with bar 2 of MIA. And this matters. In any musical phrase, bar-level timing is no less important than beat-level timing as a compositional decision. And this is especially true in rap, where it’s the whole section that makes its point in terms of meaning. They don’t call it flow for nothing.

There are, in any fragmentary similarity case like this, two opposing hypotheses: either the similarity is due to copying (aka plagiarism) or it’s due to coincidence (aka independent creation). And even if the similarity is so striking and extensive that the it cannot possibly be explained by independent creation, plaintiff still has to demonstrate that the earlier work’s fragment was unique in the history of all music (and therefore protected by copyright) and that the amount copied was a ‘substantial part’ of the original composition. So in this particular case, the following questions apply – with answers!

So, to cultural context. A quick Spotify search turns up 17 songs entitled “Made In America” and 5 entitled “This Is America” (so neither phrase is lyrically unique, and you can’t copyright a title anyway). And we know that 8th-note triplet rap flow is a commonplace thing. This is a lot of contextual evidence to support an independent creation hypothesis. We can say with certainty that Kidd Wes did not invent this title.

But there is, if you bend your methodology by one bar, ignore the pickup word “I’m”, and squint a bit, a four-syllable exact match for the rap flow of the word “America”. This is a slam-dunk for plaintiffs, surely? Well, exact matches aren’t necessarily evidence of anything. If John writes a song with a 2-bar four-on-the-floor kick drum intro, and Jane loves it so much that she copies it literally note for note (8 consecutive notes – exact match), John can’t sue Jane for copyright infringement, because John didn’t compose that 2-bar rhythmic gesture; it demonstrably pre-existed in music. Same goes for our phrase here. Plaintiffs will have to demonstrate the uniqueness of scanning ‘da-da-A-me-ri-ca’ in that way on beats 3 and 4. I’ve found around 10 examples so far of this scansion, with varying levels of similarity. Exactly what you’d expect to find if ‘America’ were a common word, used in a common way.

The fact that Harley’s AP 2016 uses the same idea does not demonstrate he was the ‘patient zero’ of a copyright infringement virus; rather, it shows, in my opinion, clear supporting evidence of independent creation. So what has happened here is that two rappers (actually, at least three) have scanned the word “America” on beat four of a bar of 4/4. That is, a very common word in the language, rapped using one of the most common techniques in contemporary rap (8th-note triplets), using the most common time signature in all music (4/4).

Perhaps this complainant should really have considered Betteridge’s law before asking their attorney “Should I go ahead and sue Childish Gambino for copyright infringement?”.