Anatomy of the Hit: Bruno Mars and Cardi B ‘Please Me’ 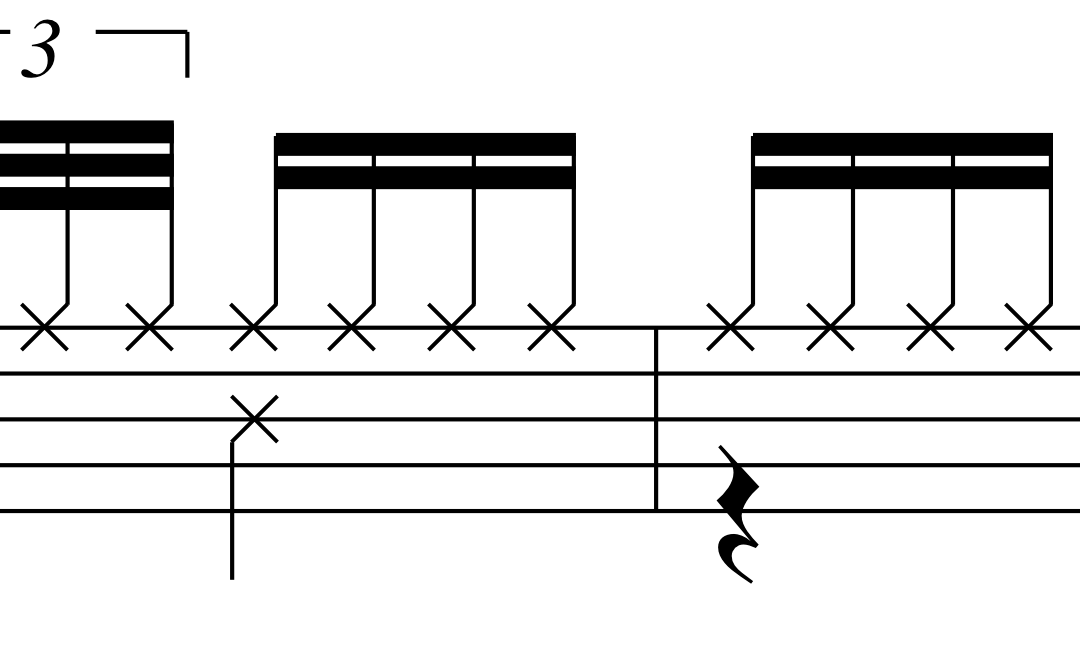 [JB note: This article was originally commissioned by TIDAL, and is part of a series – see links below. Parental advisory: adult themes in the lyrics.]

Today, we will be talking more about the music than we will be talking about the sex – I mean, the lyrics. Usually with a song analysis, I try to figure out how the words and music work together, and highlight particular phrases that stand out in the musical arrangement. But given that Please Me is a ‘slow jam’, we don’t want all this musicology to kill the mood, so we will mostly let Cardi’s x-rated rapping (and Bruno’s vocal paroxysms) speak for themselves. TIDAL is all about the fidelity, so along with master-quality audio we’ve included the full, un-bleeped lyric. Insert your own asterisks according to taste.

I’m loving pop’s current fashion for short intros. In the current Billboard top 10 streams, almost all of them are under 10 seconds, and two (Marshmello/Bastille’s ‘Happier’ and Jonas Brothers’ ‘Sucker’) jump right into the verse vocal, with no intro at all. ‘Please Me’ splits the difference at 2 bars, with twin pulsing F# bass notes, with Cardi’s ‘Uh’ and ‘C’mon’ in between, leading to a disco-style descending bassline in alternating octaves, ready to drop us onto Bm7 to start the 2-bar chord loop that drives the song. If you listen closely in bar 2 you can hear Bruno’s backward-processed vocal (the word ‘me’ from ‘Please me’) creating a ramp effect, and setting up the song’s back-and-forth duet format.

In keeping with the song’s let’s-get-to-it theme, we hit the chorus right away, with the title up front. The chords here have a nod to pop and trap (it’s a four-chord loop, played every two bars), but also to older R&B/soul influences. The jazzier chord extensions are reminiscent of ‘romantic’ 90s artists such as Jodeci – who actually get a name check in Cardi’s rap.

For the first half of the chorus, Bruno’s solo vocal is underscored with just hi-hat, handclap, a fragment of a saw-wave lead synth, and a slow attack soft pad sound, outlining the four chords of Bm7, C#7(#5b9), E/F# and F#7(b9). There’s a subtle echo on this keyboard part that puts the repeated chord just slightly behind the beat. The chorus is in two halves of 4 bars each, starting plaintive, sparse and tentative, and ramping up the intensity when Bruno is joined by the bassline and his backing harmony squad. Is he getting more confident? Or maybe desperate?

Don’t want no young dumb shit / Better fuck me like we listenin’ to Jodeci
I was tryna lay low (low), takin’ it slow (slow) / When I’m fuckin’ again (ayy)
Gotta celebrate, do you man look good? Better put him away
If you can’t sweat the weave out, you shouldn’t even be out
Dinner reservations like the pussy, you gon’ eat out

Cardi’s rap, as the only PG-13 quotable part of the above lyric suggests, is ‘takin’ it slow’ along with the song’s languid 67BPM tempo. But we still hear hints of her more intense rhythmic style with ‘on the’ and ‘with it’ in lines 2 and 3; these are phrased as a ‘Scotch snap’ (two notes/syllables at the start of a beat, crammed together, as in some bagpipe tunes).

The arrangement is really exposed here, Bruno’s army of tenors having briefly retreated to a corner of the diner with their tacos, so we can really hear the drum programming. The hi-hats tick out the song’s slow 16-to-the-bar groove, but playfully throw in little variations at least once every bar. Even if you’re not a music reader, you can see these in the notation below, and hear them in the track if you follow along – there’s a 32nd note triplet just before beat 4, and occasional regular 32nd notes. At a faster tempo, these would sound like the zipper hi-hat effects we associate with trap, but at 67BPM, they add detail to the groove, and motion to the rapping.

In the second half of this section “I was tryna…” [0:46] there’s a two-note ‘plink’ sound playing F# and C#, that repeats every bar on the beat. These are the notes that we’d hear if the computer’s metronome was switched on briefly. I can’t say for sure that The Stereotypes actually sampled their own click track, but if they did, it’s a nice bit of meta-creativity, and maybe a shout out to the world’s Ableton and Pro Tools users. And if they didn’t, it’s a really weird coincidence.

Cardi: I’m gonna ride it, do it just how you like it tonight and after that
Let’s do it one more time…

Bruno: Girl, I ain’t one for beggin’, but now you got me beggin’

We already know we have a great chorus to look forward to, and this half-length pre-chorus is just long enough to give us a dynamic on-ramp. Both characters briefly summarise their intentions again – Cardi’s game plan is to, er, just do it – which kind of makes you wonder why Bruno is still beggin’ quite so much…

Time to lose the bass again for the first half of chorus 2, where a new musical tease appears – a little three-note synth lick playing C#-E-F# with 8th note echoes, every 2 bars. This goes on throughout the bigger-arranged second half, and is just enough to give us some variation while the backing vocals lay down the same warm “ooooh” chord textures.

Cardi: Booty so round (round), booty so soft (soft) / bet you wanna smack it again (ayy)
Let me demonstrate / Hit it one time, make it levitate
Titties out like blaka (blaka) / Broke bitches watch out now (watch out)
Your pussy basura (basura) / My pussy horchata (oh)

The bassline might sound like it’s especially rhythmic in this more laid-back section, but it’s actually the same part we heard in the chorus, just absent the thick vocal harmonies. Throughout each rap section, the response overdubs – round, soft, ayy etc – are deliberately dry and noticeable, and clearly overlap with the main vocal, so we get the powerful (intimidating?) impression that there is more than one Cardi B in the room.

Cardi’s vocal is double-tracked here, splitting into harmony only for ‘tonight… and after that’, with Bruno’s MJ-style improvs at the back, coming to the fore for the full-on ‘begging’ in bar 4. This is followed by the song’s shortest drop – just one bar sung over a big 80s synth chord of Bm7 – before the drums and backing vocals kick right back in, raising the energy levels as we approach the bridge.

After more than two minutes of the same loop, the chord changes here are a complete surprise – we have a new harmonic rhythm of one change per bar, and new chords of Bm | C#m9 | D#m7(b5) | plus a tension-building F#m/C#, moving to C#7 as the dynamics rise over big “Come on…” backing vocals and some of Bruno’s highest pitched notes so far (trying not to use the word ‘climax’ here).

Drop out all the instruments except for a tiny synth line and some lo-fi drums, and let’s just wait for that final chorus. This is a song about deferred gratification, and this short 2-bar rap is the perfect setup for the build to the end.

Here’s something you don’t hear often in dance/R&B songs – evenly spaced single-note basslines. In rock these are pretty standard, but here, they create motion on the 16s as the drums drop out one more time, with the only other rhythmic instrument being the unexpected finger-clicks on the back beat.

As the full arrangement crashes back in for the second half of the chorus, Bruno hits one super-high note – an E natural on ‘Please’. If you’re following along with the video, the last thing you’ll see is our flirting lovers reaching out to each other from open-top cars, and just as they’re driving out of the tunnel, the song hits a dead stop. That’s Los Angeles traffic for you.