Advocating for Popular Music Education – where do we go from here? 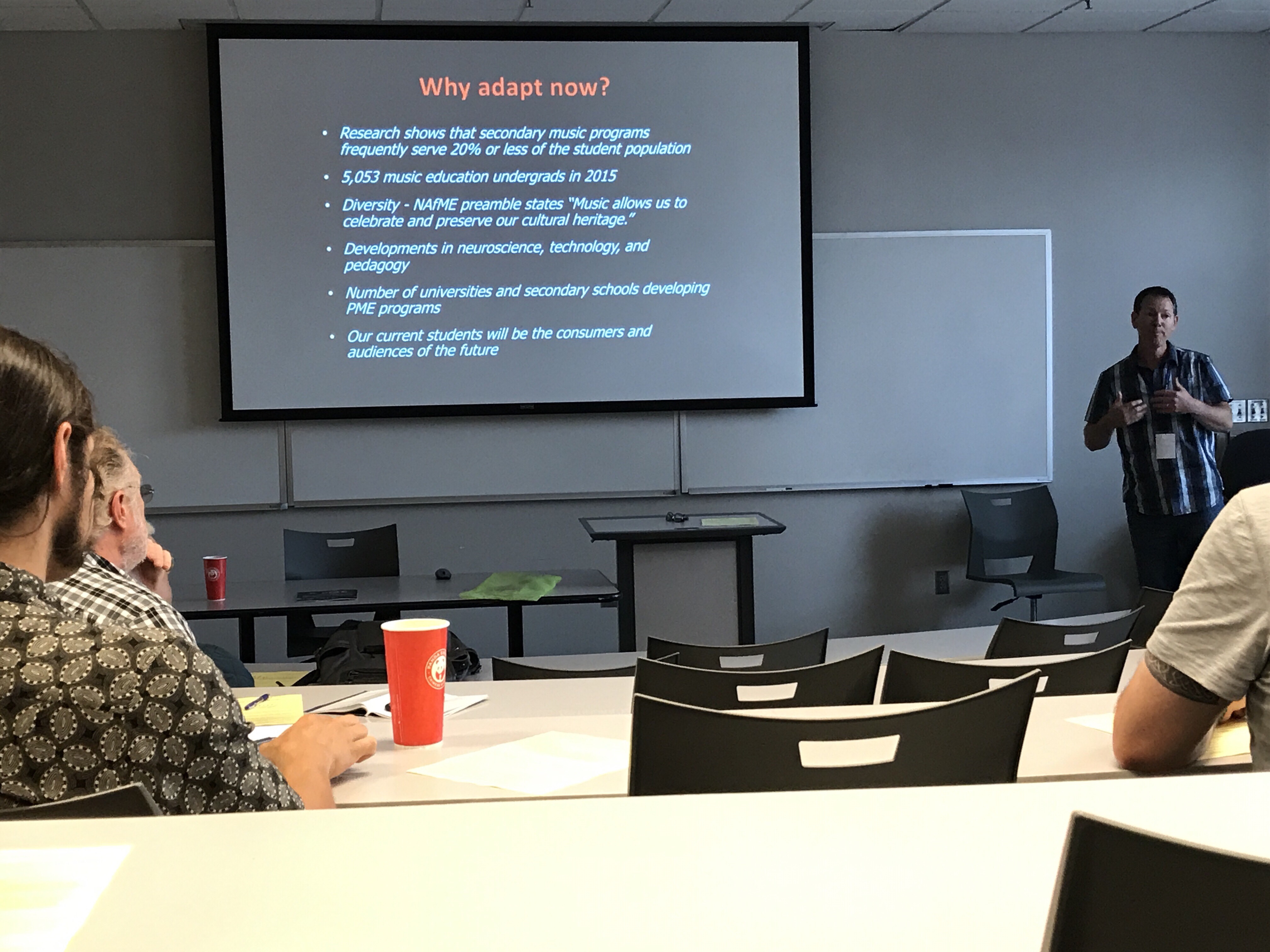 Steve begins with an overview of US music education generally, including high schools and universities, asking ‘why adapt now?’ and describing a necessary journey toward curricular adaptation. He takes us back to the mid-20thC innovators (USC, Miami, Berklee) who ‘took a chance on jazz’, and observes that the music education community thought they were crazy. Within 50 years of those early adopters, jazz in music schools had become mainstream. Steve believes that popular music education today is where jazz music education was in the 1950s, and predicts a similar trickle-down effect in future years, giving examples of schools where this is already starting to happen.

(Some of these ideas are explored in Steve’s recent NafME blog posts. 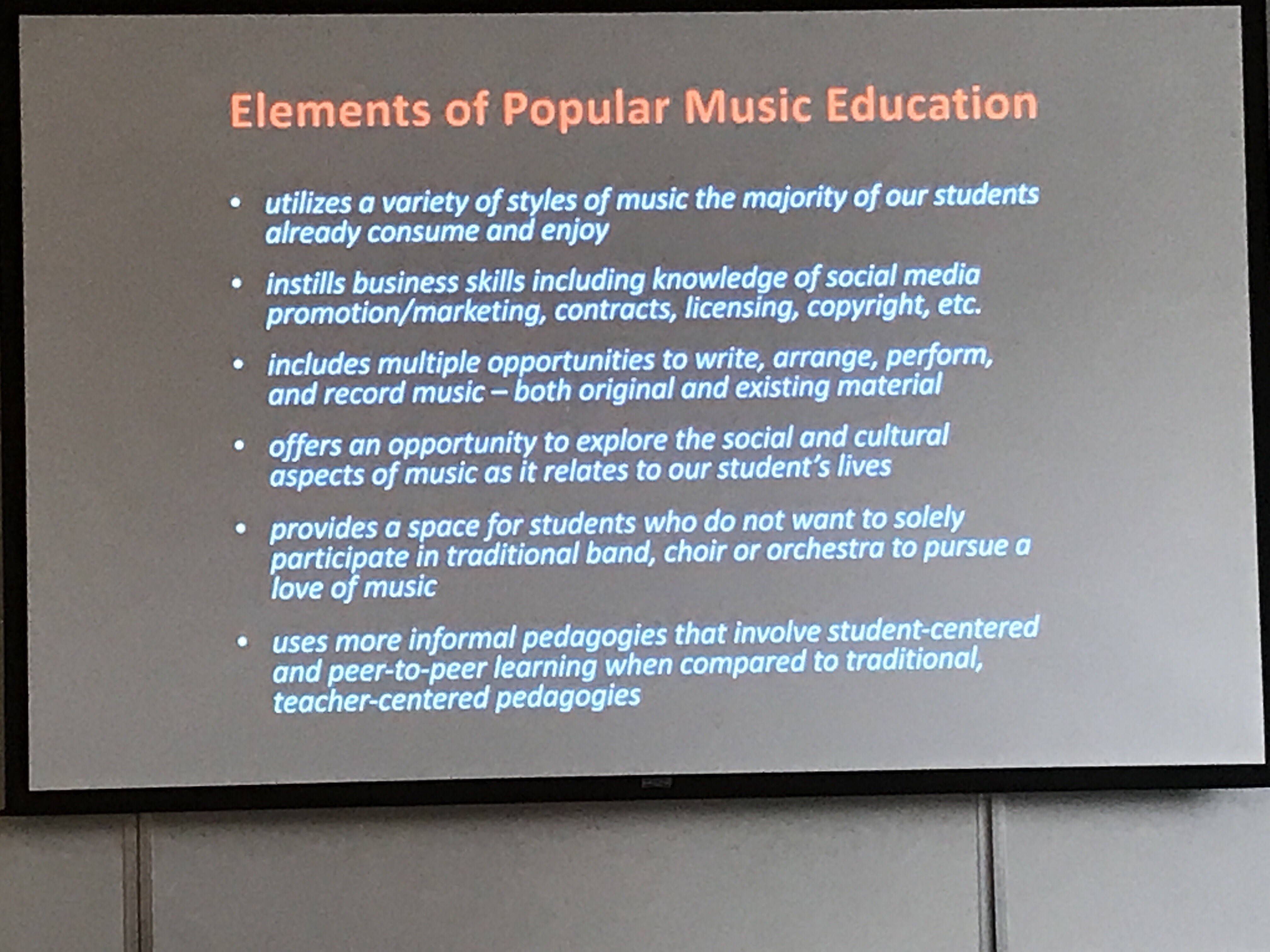 Steve’s overview of PME elements – a kind of manifesto for the opportunities he suggests institutions now have.

He touches on several of the issues facing [I infer classical] music education, citing the main issues – oversupply of labour to a dwindling market demand for classical music, expansion of the Conservatory sector in the 20thC. He notes that historically, education has lagged behind the popular music of the day. Conservatories pulled in brass bands around 20 years after the heyday of brass bands in the 1800s; they developed jazz curricula around 20 years after the heyday of jazz. He makes the argument that PME curricula need to educate not for where popular music is now, but where it will be, to avoid repeating these mistakes. He describes the lessons learned – and not learned – from the 1967 Tanglewood Symposium.

Historical perspective on music ed in the USA