Popular Music Education as an antidote to McDonaldization

John begins with an overview of the concept of McDonaldization (Ritter 1993) – defined as a rational process combining efficiency, calculability, predictability and control, starting with McDonalds itself, and then extending the metaphor towards the ‘template’ that he suggests represents typical K-12 music curricula in the USA. 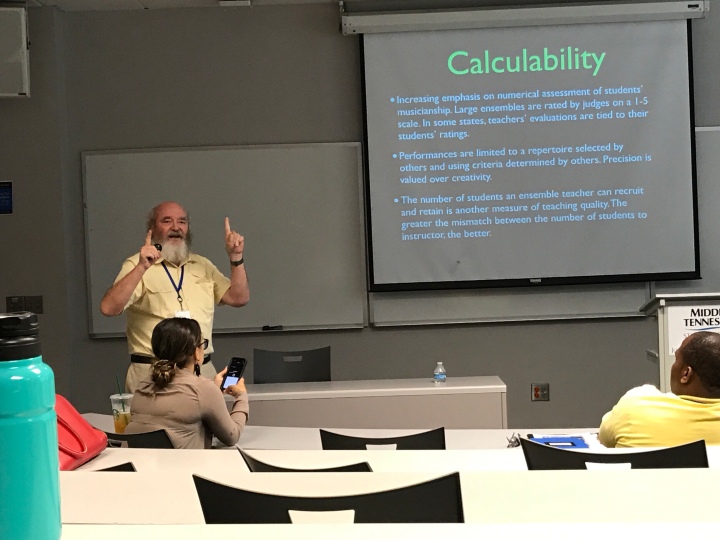 He cites Ritter “people are the greatest threat to predictability” and suggests that McDonaldized curricula need to suppress students’ agency.

There is a deep discussion of McDonalization’s phenomenon of ‘rational’ becoming ‘irrational’ – he cites the example of marching bands, which appear throughout US music education, despite their heyday (in society) being in the 1920s. Here’s John’s description of the problem in music teacher education. 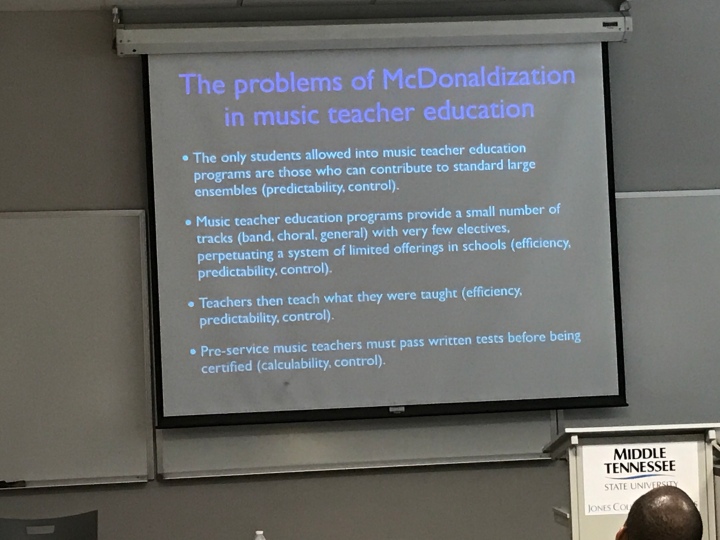 The standardization of ensembles, and they way they are numerically graded in secondary schools, is, John suggests, a manifestation of McDonaldization. He describes it as the opposite of a humanist approach (i.e. students are creative individuals with individual musical wants, needs, skills and aspirations).

John believes that PME’s approach is inherently humanist, because it focuses on individual creativity. However, there is a meta-risk that PME will itself become standardized, and we must be ever-watchful for this.

[JB comment – I am a big fan of John’s academic work. He is something of a trailblazer in our field, and has advocated extensively for PME in the K-12 curriculum for many decades. If you have any interest in popular music education at all, he is essential reading. Here’s the full version of this talk.]