Musicality and Creativity in Curriculum

‘Keeping Musicality and Creativity at the Heart of Curriculum and Assessment’
Presenter: Matthew Cossey (ICA Nexus / University of West London) 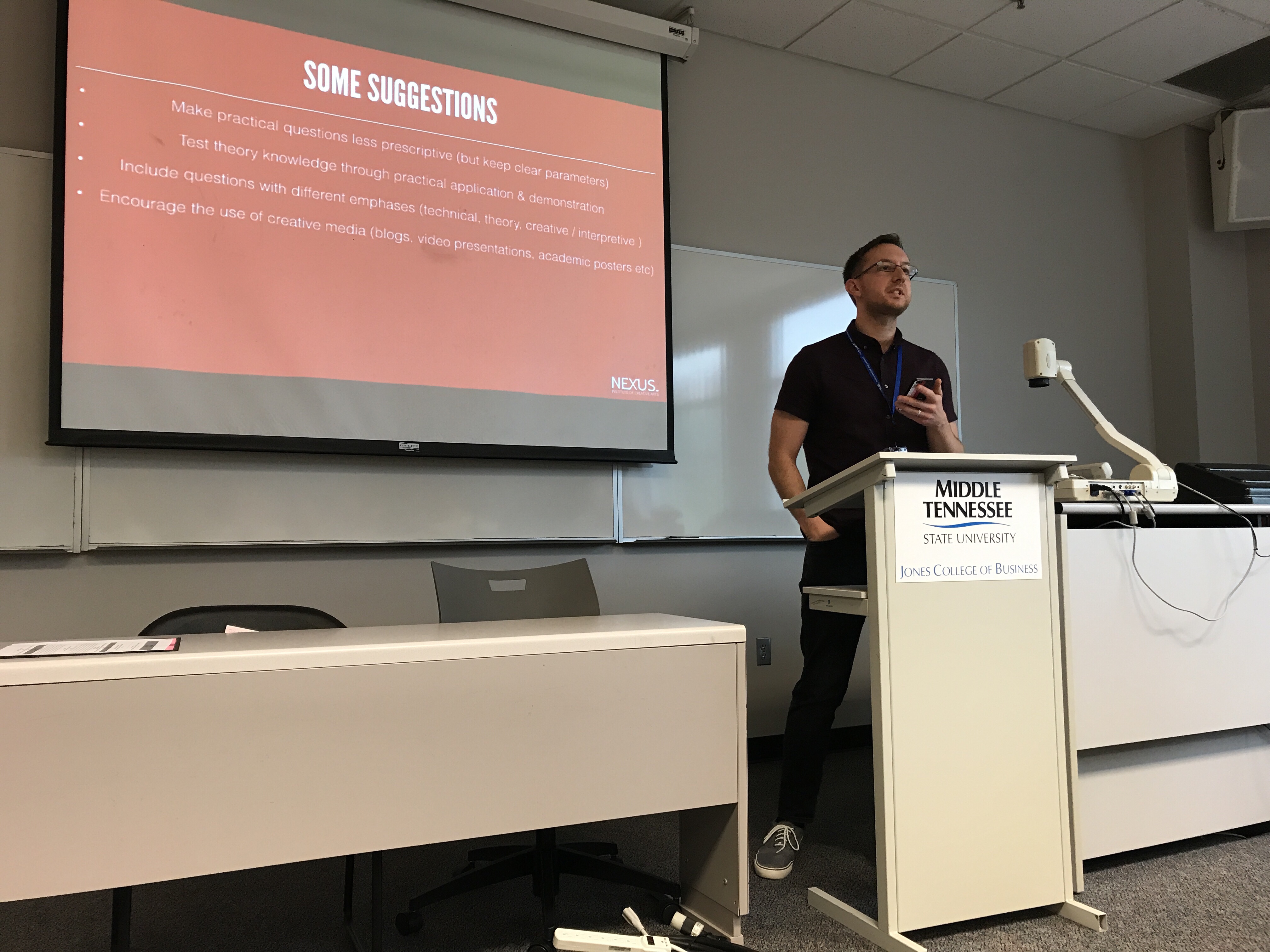 Matthew opens with a discussion of the role of curriculum in popular music education, noting that the skills musicians gain in Higher Ed are arguably much more important than the qualification. Like the industry, he says, we must be ruthless in prioritizing meaningful musical career skills, rather than focusing on those elements that are the easiest to teach, or have heavily established pedagogies.
He comments that UK music education has some traditions that undervalue aural skills (ear training), and leads us into a deeper description of the specifics of interval training. There is a tradition of using ‘Twinkle Twinkle Little Star’ to teach a rising fifth interval, and ‘Amazing Grace’ to teach a rising fourth, but of course the latter example provides the interval in an inverted harmonic context. That is, Amazing Grace goes from the fifth (of the scale) to the root. So it’s less a rising fourth than an inverted fifth.
[JB comment – this is a powerful illustration of Matthew’s advocacy for including harmonic context when teaching intervals. That said, although the argument is convincing enough, I’m unsure which example I would use to teach a rising fourth, because of the tendency for song melodies to begin on chord I of the key. The rising 4th two-note guitar riff from Nirvana’s Smells Like Teen Spirit is effectively the same as Amazing Grace – an inverted fifth. Hmmm… thinks. How about the guitar riff from Summer Lovin’ (from ‘Grease’)? Kind of works – and it also follows the chords. And for VERY mature students, maybe the equivalent/identical riff from the bridge of You’ve Lost That Lovin’ Feelin’.]
Sadly, Matthew runs out of time, but he helpfully leaves us with some sample assessment questions, a photograph of which is posted here. 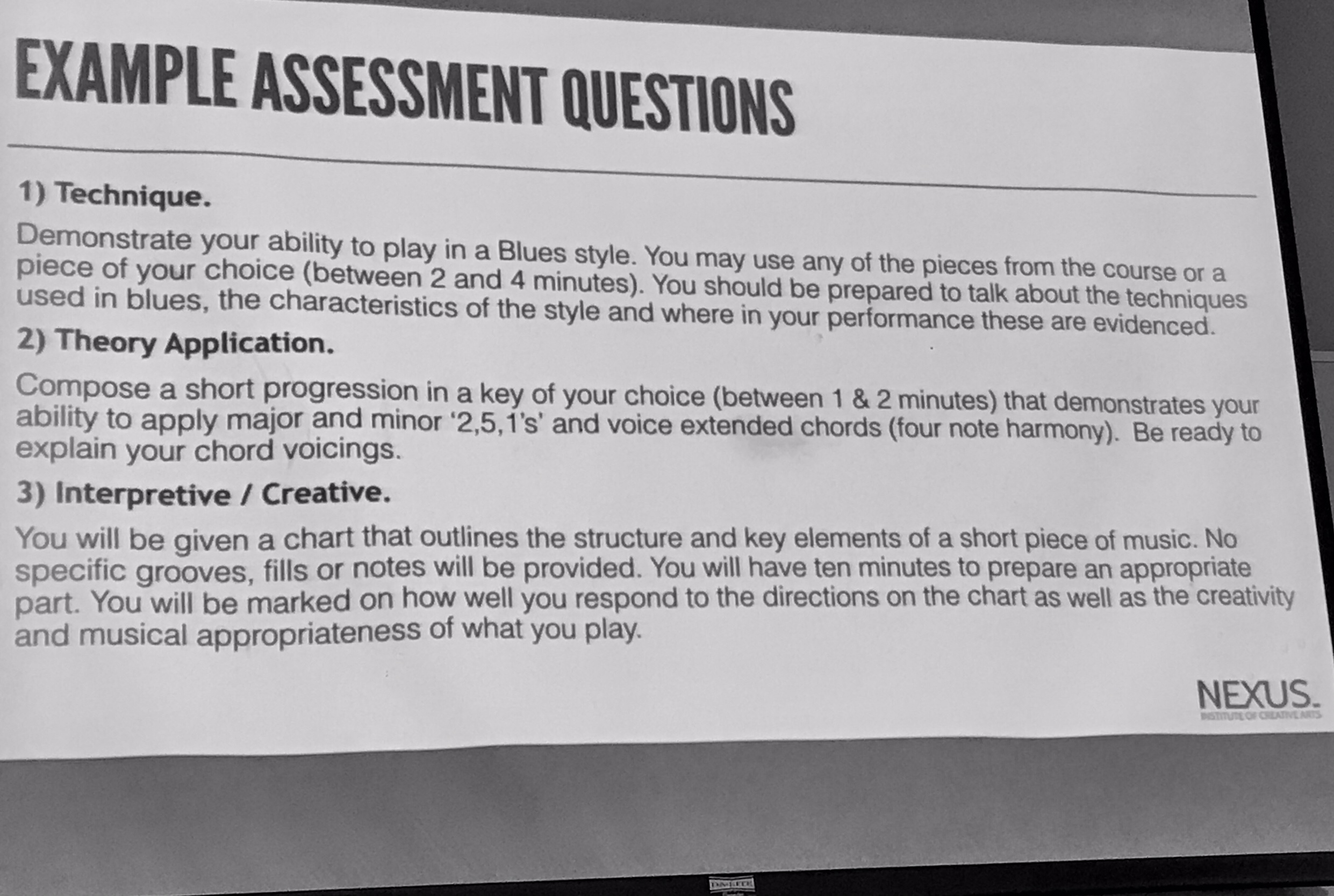