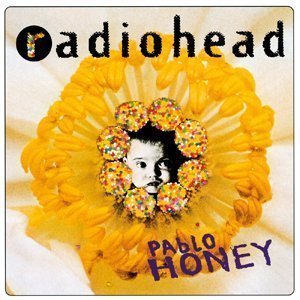 This week, Lana Del Rey stated that she is being sued for copying Radiohead’s 1992 song Creep in her 2017 release, Get Free.

It’s true about the lawsuit. Although I know my song wasn’t inspired by Creep, Radiohead feel it was and want 100% of the publishing – I offered up to 40 over the last few months but they will only accept 100. Their lawyers have been relentless, so we will deal with it in court.

Here are the three songs in reverse order of release:

Some points to consider while listening:

Radiohead’s side will want to assert that the allegedly similar elements of Creep (the chord sequence, and parts of the melody) are protected by copyright, and that the apparent similarities demonstrate that Get Free copies a ‘substantial part’ of Creep; Del Rey’s side could argue that the chord sequence is found in other works (e.g. Air That I Breathe and David Bowie’s Space Oddity to name two), and that the melodies are not exactly identical at any point (in terms of pitch and exact rhythmic placement of notes). They may also make a case for ‘independent creation’ – that it’s possible that the two groups of songwriters could have come to similar-sounding creative outcomes separately.
In listening, the question isn’t simply “do these songs sound similar”? It’s possible for two recordings to have similarities without necessarily infringing copyright (for example, if the similar elements in the defendant’s work appear in other songs that predate the plaintiff’s work). And independent creation might be a usable argument for LDR’s team. It’s reasonably easy to demonstrate that the chord pattern | G | B | C | Cm | was not originated by Radiohead, so the implicit question is this; if two separate songwriters were playing these chords at around 100BPM with the same groove and 8-bar form, what’s the likelihood that they might make similar melodic decisions independently of each other? Independent creation does happen, but so does inadvertent plagiarism, especially when the plaintiff’s work is very well known. Ascertaining the difference, when you have only the finished works as your evidence base, is rarely a simple process, tied up as it is with the ‘usual’ epistemological challenge of songwriting creativity research – i.e. it’s pretty much impossible for anyone to infer creative intent only from listening to music (Bennett 2013).
According to LDR’s tweet, the parties have been unable to reach an agreement, so it seems set to go all the way to court… and presumably then into the MCIR database.