Two Sides of the Moon: the virtuosic & primitive in rock drumming #iaspm2017

Mandy Smith: Rock and Roll Hall of Fame/Case Western Reserve University
Two Sides of the Moon: Mediating the Virtuosic and the Primitive in Rock Drumming 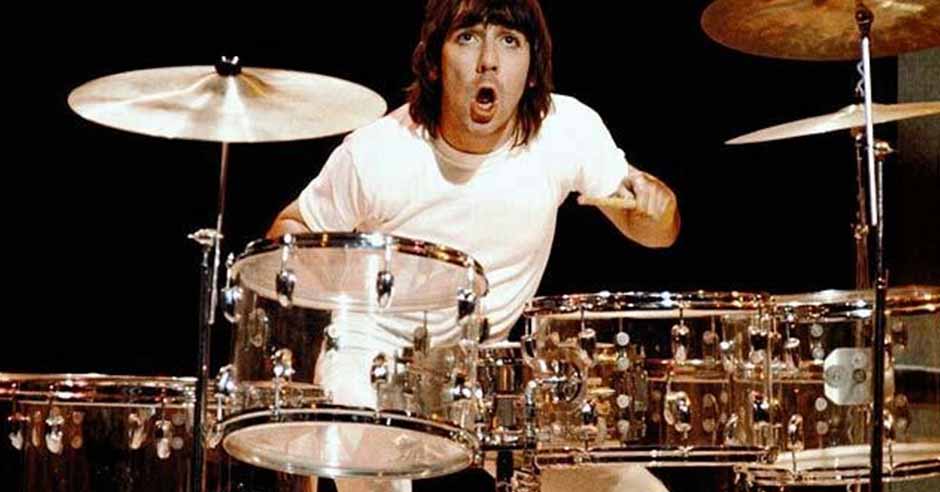 ABSTRACT: In live performances, The Who’s drummer Keith Moon flails his arms wildly, dazzles the crowd with classic “drummer face,” and dominates the entire kit, leaving no drum or cymbal unbeaten. In the midst of this pandemonium, however, he executes technically masterful passages and maintains a steady beat. Moon’s bodily performance style produces a visual and aural clash that embodies both chaos and control. He somehow manages to epitomize both “primitiveness” and virtuosity—two concepts often at odds in Western culture. This paper draws on recent scholarship on the body and groove, particularly Robert Fink’s concept of rhythmic tension and release, to argue that drums operate as a site where rock’s value structures are mediated because of the instrument’s ability to signify simultaneously the primitive and the virtuosic. I analyze two Who songs, “My Generation” (1965) and “Won’t Get Fooled Again” (1971), to demonstrate how Moon manifests musically an important conflict in rock values—its competing aesthetic ideals of cerebral complexity and raw simplicity. By embodying both values simultaneously, Moon complicates debates over rock authenticity and lineages. This paper ultimately argues for an analytical consideration of the oft- neglected drummer to gain a deeper understanding of rock’s meanings and pleasures.

Mandy opens with an excerpt of Keith Moon playing Won’t Get Fooled Again, pulling “at least four awesome drummer faces” while playing to the headphone beat of the ARP synthesizer backing track, simultaneously achieving the primitive and virtuosic.
The paper focuses on the album version of WGFA, interrogating these two apparently conflicting characteristics, and exploring the idea of ‘Controlled chaos’. We see the book ‘Play Like Keith Moon’, which features this apparent oxymoronic phrase in the introduction.
Now Mandy takes a deeper dive into technique, looking at Moon’s unusual uses of tom fills, displaced crash cymbals, and bass/snare drum flams with ‘erratic’ variation via the crash cymbal. This is very technical and bar-specific, so I won’t summarise it here. Mandy plays along to the track with live kit, reproducing the fills exactly as we see the notation of the rhythmic specifics on screen.
Now we see a brief history of the snare drum, from its roots as a tabor to a tool for parades and marching – a relationship to performing, battle etc. Mandy contrasts this with the geneology of the tom-tom, which is much more culturally complex, having ‘evolved’ in many parallel cultures over millennia. She discusses cultural tom-tom tropes connected with racialized privitivity. Moon, as a white male focusing on tom-toms, he is enacting tom-tom tropes and implicitly making this tribal allusion to the culturally primitive. The balance between back beat and fills is discussed as a tension/release device.
Next the presentation unpacks the dynamics of tension/release between snare and tom (musically and culturally), and we see a section-by-section breakdown of the synthesizer interlude, leading up to the band’s re-entry (Roger Daltery’s “yeeeeeeeaaaaaah!” scream). Mandy argues that the start of this section creates extra tension in the end of the guitar solo.
[detailed fill-by-fill and bar-by-bar description of the synth interlude drum solo].
https://www.youtube.com/watch?v=ZgubG-MOPT4
Mandy now (awesomely!) plays the whole of the outro along with the track [it’s so rare to be offered earplugs at the start of a conference paper].
The trajectory of these sections, Mandy argues, differs significantly from the back beat traditions of rock, leaving a strong picture of ‘chaos’ that makes Moon the epitome of the social construct of the ‘primitive’ in rock drummer. She also points to his virtuosity, showmanship, control, and ‘taking a lead’ in the mix, all of which may be contradictory to the primitiveness narrative.
Neal Peart is quoted as favouring Moon’s ‘controlled’ over his ‘chaos’ – a selective admiration of Moon’s dual-personality drumming style.