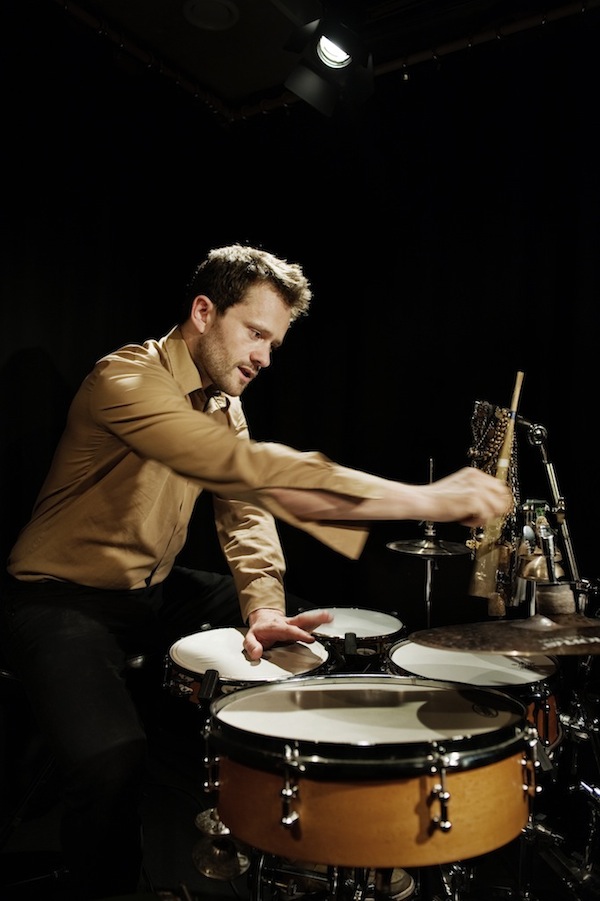 ABSTRACT: This paper explores the drumming and percussion techniques found in Nordic ‘global folk’ music (Hill, 2007), emphasizing some of the pedagogical questions, issues, and opportunities that emerged in this research. Concentrating primarily on the ‘innovationist’ branch (Kaminsky 28-30; 2012) of Swedish folk music and the work of drummer Petter Berndalen, this presentation expands upon some of the key features of contemporary Nordic folk drumming as potential resources for ‘world’ drum kit performance and instruction. These include: timbre as a pedagogical resource; the subordination to melody instruments; and the distinct melodic rhythm of the polska as a radical drumming paradigm. This presentation will incorporate stylistic analyses, interviews with Swedish and Norwegian folk drummers, and reflections on my own performance-practice (including brief demonstrations). Drummers are often musical outliers in many established folk traditions, and drumming—particularly in trap/kit configurations—remains an overlooked topic in folk/roots music scholarship. However, Nordic drummers have crafted unique ways of accompanying folk musicians, generating new percussive traditions, often on modified kits using mounted and hand- held tambourines. Through highlighting the work and oral histories of Nordic folk drummers, this paper will contribute new research on folk musicianship and music pedagogy.
Hill, Juniper. “Global Folk Music” Fusions: The Reification of Transnational Relationships and the Ethics of Cross-Cultural Appropriations in Finnish Contemporary Folk Music,” in Yearbook for Traditional Music 39 (2007), 50-83.
Kaminsky, David. Swedish Folk Music in the Twenty-First Century: On the Nature of Tradition in a Folkless Nation (Lanham: Lexington Books, 2012).

After a brief contextual intro, we see a selection of kits, which include traditional kits, augmented with djembes, cajons, plus various Indian and Japanese drums etc.
What makes Swedish folk drumming so unique, Daniel suggests, is the way the players align often quite traditional kits and instruments with the rhythmic aspects of the underlying repertoire. We hear a couple of musically different examples, including Andre Ferrari playing with Snarky Puppy.

In Daniel’s research he interviewed seven Swedish folk drummers, and he describes the musical characteristics of the style; we learn about the ancient Swedish ‘polska’ dance and the role of the dancers and drummers within it. There is no ‘groove’ – the primary driver is not meter, but rather the motion of dancing bodies. Daniel suggests that the downbeat-based grooves of EDM and rock does not work as a useful framework for understanding polska.
The normative kit layout used by players in Sweden/Finland largely evolved in the 1960s, and we hear about ‘drone folk’ of the era and later, which later used rock timbres and, later, synth sounds. Concurrently, more melody-centric drumming emphasis styles developed. Polska, here, is used as a metonym to describe music in three rubrics – a 9/8 triplet feel, a sixteenth note feel in 3/4, and [missed the third one].
We now hear Peter Berndalen playing a piece called Myr, a piece originally written for fiddle, and effectively transcribed for kit by Berndalen, partly by using a live-tunable plastic-headed tambourine. Daniel provides technical examples of how given violin gestures can all be realised through the tambourine with some percussion augmentation. There follows a discussion of quantize and ‘perfection’ and the contrast with the anti-groove approach that Swedish folk requires.

Many of these techniques can be realised on a single tambourine – we see Jens Linell Hyljarliv doing exactly this. [JB note – one consistent point is that all these drummers are thinking melodically, and are realising a pitch-based composition on percussion instruments that are ostensibly non-pitched]. He also mentioned close-micing as being a factor in enabling the tambourines to produce lower-frequency sounds.
Next, we look at new techniques and instrumentation; Daniel deconstructs how these drummers learn the part from the melody performers. There are direct aural and visual cues – for dancers and for drummers. For example, the drummers often respond to the visual cues from the fiddle bow movement when learning to play/interpret a melody. We see some notable tambourine practitioners, including Björn Höglund, Christion Svensson and Olle Linder.
To the drums themselves – we have 12” frame as main melody/bending/talker drum, 13” pandiero as low sub bass drum, 14” frame drum as high pitched accent drum [and the expressiveness these players achieve – and Daniel demos for us in the room live – is extraordinary].
Daniel concludes with a description of the multi-cultural semiotic signifiers that these drummers are picking up on. He suggests that it is developing new techniques and cultural sounds – from an instrument (the tambourine) which has no specific inherent cultural allusion.