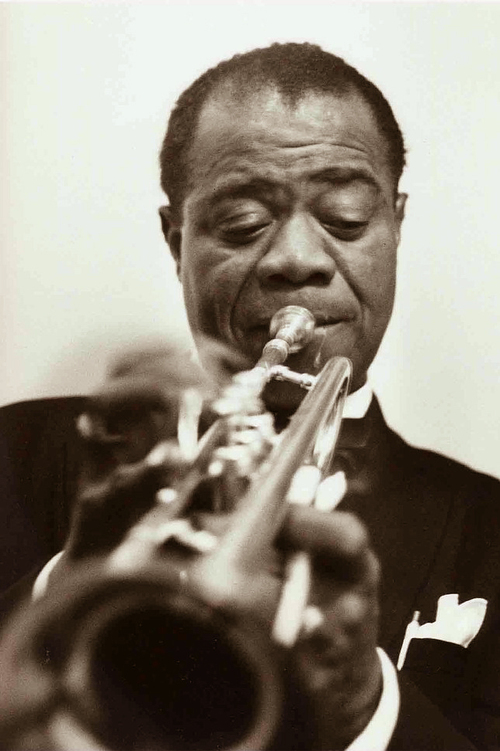 Louis Armstrong stated many times that he loved Guy Lombardo’s Royal Canadians. Was he more open-minded than some jazz and pop musicologists? [spoiler: yes]

OUTLINE: In his article ‘Is jazz popular music?”, Simon Frith (2007: 10) has noticed that the “separation of jazz and popular music studies is an indisputable fact of academic life”. Indeed, due to their historically different developments, both disciplines have established sets of aesthetic norms, separate institutional bases, and specific methods to identify and cope with the musics they have found worth studying. Recently, Matt Brennan (2017) has shown the influence of music journalism on these scholarships. Ultimately, both succeeded – more (jazz studies) or less (popular music studies), at least in the German-speaking world – as distinctive disciplines with developed curricula.
This keynote argues, by pointing to examples throughout the history of recorded music, that this neat division of the musical world is precarious because it prevents a fertile exchange between jazz and popular music studies; for instance, the development of (still) so-called New Jazz Studies during the last twenty years has only occasionally led to serious discussion in the popular music field. Moreover, this separation excludes a lot of musics, musicking and musicians in between these two fields. In particular, by using an example from the realm of electronic dance music, the lecture advocates a joint effort to fill the void in between the front lines of jazz and popular music that, potentially, may lead to structural changes in teaching and researching jazz and popular music.

BIO: André Doehring is professor for jazz and popular music research and head of the Institute for Jazz Research at the University of Music and Performing Arts in Graz (Austria). Before, he has been assistant professor at the University of Gießen (Germany) where he received his doctorate in musicology and had studied musicology and sociology. He is president of the International Society for Jazz Studies (IGJ), member of the scientific board of the German Society for Popular Music Studies (GfPM), co-editor of GfPM’s online journal Samples and since 2017 of IGJ’s yearbook Jazz Research and Studies in Jazz Research. His main research topics are the social histories and historiographies of popular music and jazz, analysis, and music and media. Currently, he is involved into establishing a European network for transnational jazz studies.
PUBLICATIONS: Song Interpretations in 21st Century Pop Music (Eds. Appen/Doehring/Helms/Moore, Ashgate, 2015); “Andrés’s ‘New For U’ – new for us. On analysing electronic dance music” (Ashgate 2015); “Modern Talking, musicology and I: analysing the forbidden fruit” (Routledge 2016); “Male journalists as ‘artists’: the ideological production of recent popular music journalism” (Éditions des Archives Contemporaines 2017).

[with apologies to André for not hearing the start due to background noise as people came in]
André laments the relative historical disinclination of academe to be prepared to engage musicologically with pop and jazz. He states that there is still a percentage bias against non-classical musics, citing as evidence the tiny proportion of popular (as opposed to classic) musicology professorships in German universities. He leads us through the history of some pioneers, including Marshall Stearns, who founded the Institute for Jazz Studies in 1953 New Jersey, USA.  We are led through the gradual growth of jazz studies in (mainly US) Higher Education from the 1950s onward.

And almost as soon as the academisation of jazz arrived, pop exploded in the 1960s, resulting in a decline in jazz venues and gig opportunities. Some jazzers retreated into these newly-formed academies.
Jazz studies, as a musicological phenomenon, continued through the 1970s and 80s, and now André turns to IASPM itself (founded in 1981). Jazz and pop studies continued in parallel in the academy, but often did not collide in the same institution due to institutional cultures and ‘ownership’. There was perhaps a racial cultural element to this – IASPM was partly rooted in rock (i.e. mainly ‘white’) traditions, and jazz studies was rooted in music of the black diaspora. Like many researchers in our field, André acknowledges popular music studies’ traditions of sidestepping analytical musicology in favour of socio-cultural research (what Tagg famously calls “everything EXCEPT the music”).
Are such genre categorizations spurious anyway? Quoting Elijah Wald and Simon Frith, André now reflects on commercialisation, hybrid genres and artistic success of crossover artists, citing Wald’s Louis Armstrong Loves Guy Lombardo (2012).
And now to bebop. A ‘musical revolution’ – which is sited as a descendant of swing. We hear Dizzy Gillespie’s ‘Salt Peanuts’ and André discusses different recordings of it – and the musicians it employed for each version. We also hear a more ‘swing’ version credited to Gillespie with Lucky Mmillinder and the implicit social economics and genre marketplace of each recording are discussed in some depth. The point is to acknowledge [I infer] an industrial crossover of jazz and pop in order to get the gig, and [I further infer] to compare this pop/jazz collaboration with the less collaborative approach that was still (and is still) apparent in the academy.

Various other crossover artists are discussed, including some of André’s own influences from US/UK mainstream rock (e.g.s include Chris Cornell, Eddie Vedder). Clearly André’s message is that the academy should come together and be prepared to eat ‘fish and fowl’ in the same dish, and he notes the US’s recent research proclivity for ‘new jazz studies’. [he’s a modest guy, it seems to me, so he moves past his own Institute for Jazz Research quickly, but it is nonetheless significant in in this discourse.
He quotes Chris Rojek’s [perhaps snarky] criticism of musicology that in ignoring sociological context it is like studying ‘fish without water’. He also notes that in the 2013 PopMAC conference in Liverpool, Allan Moore’s keynote shot back that we wouldn’t understand much about fish if we only studied water. [musicologists at war – love it!].
André ends, unsurprisingly but beautifully, with a call for unity between disciplines.