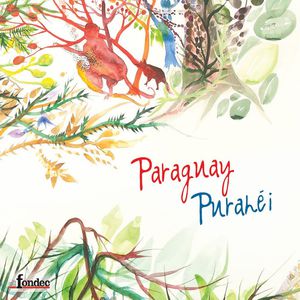 ABSTRACT: This paper aims to discuss the problem of modernization of popular Latin American music genres from the analysis of “Paraguay Purahei” (2014), the first CD released by the eponymous trio. The theoretical framework that defines the approach belongs to the field of sociology of music, specifically the branch that takes the sound-musical materiality as an essential dimension of social analysis. As part of a broader research on the problem of modernization in popular musics of Latin-America, this proposal focuses on the analysis of the phonograms that constitute the CD mentioned above whereby the effort to understand the meaning of the “modernizing action” is established. This action configures itself in the intertwining of the choice of repertoire, composed exclusively by referential pieces of the traditional repertoire of Paraguay’s popular music, with the compositional-performative procedures used in the treatment of the traditional material. Understanding the meaning of this action implies the identification of idiomatic elements that link the chosen pieces to the traditional repertoire, the types of procedures used in redesigning this traditional material, and the interpretation of how these are interlaced.

Gabriel begins with some context about the commercial radio context of the music scene in Paraguay. He plays two comparative examples – both versions of the traditional song ‘Lucerita Alba’. The first features what sounds to me like an ‘authentic’ street band with guitars, rhythm section and multiple male vocals, followed by a sparser (but ‘cleaner’) version of the same song featuring only piano, flute and female vocal by the trio ‘Paraguay Purahei’ (2014). [JB comment – to my ears, the second version, while musically more sophisticated in its interlude sections and harmonic substitutions, has a rather sanitized production, and subjectively I prefer the street version].
We now hear some Paraguayan socio-political history, including a description of the dictatorship that it was once under, and Gabriel reflects in some detail about the way that the collapse of the dictatorship enabled cover versions that represented cultural ‘modernization’ of canonical traditional songs. There now follows a lead-sheet musical analysis of both versions of ‘Lucerita Alba’ “Paraguay Purahei”, focusing in more detail on the modernized version. Gabriel reflects on balance between the traditional gestures (straightforward chorus repeats) and the modernized ones (counterpoint, chromaticism, time signature changes, rhythmic displacement. [Interestingly, he describes these ‘modernizing’ techniques from the perspective of a still earlier musical era, citing, if I understand correctly, Stravinsky’s own ‘modernism’ as an arguable musical influence on Paraguay Purahei’s modernizing of the traditional song.]
Gabriel now zooms out, concluding with a discussion of the Paraguayan and South American diasporas, and the periods of Paraguayan history when there was a lack of institutions to sustain a music industry in Paraguay.