Blame It on the Boogie – criteria for good pop music? #iaspm2017 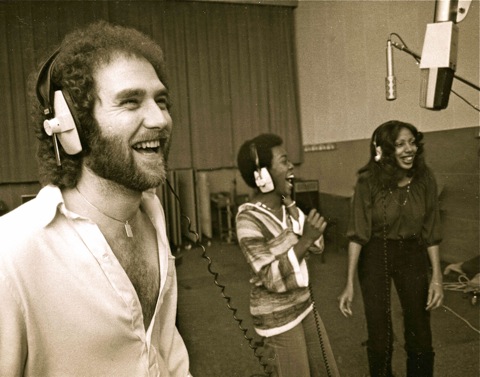 Mick Jackson, who wrote and released the original version of Blame It On The Boogie in 1978.

ABSTRACT: The presentation focuses on the question of whether there are criteria for measuring the quality of a pop song that go beyond the scope of a mere musical structural analysis. As many examples demonstrate, such structural analysis, which, according the criteria thereof, is derived from the aesthetic study of classical art music, offers rather unsatisfactory results when applied to pop music. In addition, it is questionable whether harmonic or rhythmic complexity, for example, is even a suitable criterion for the analysis of pop music. Against the background of this problematic situation, the presentation proposes an approach based on musical aesthetics, which assumes a fundamental tension between ideational musical structures and their categories (tonality, rhythmicity/the study of meter and composition) as well as the realization of music. The thesis of this approach proposes that pop music can not so much be considered from the structural perspective of this debate but instead from the perspective of realization. However, studying pop music for the perspective of realization requires comparable categories. These categories in the presentation at hand are sound, groove and performance. After this approach has been presented, I will also apply these categories of realization by means of a comparative analysis of the two versions of the pop song “Blame It on the Boogie” by Mick Jackson and The Jackson Five in order to establish the heuristic value of these categories.

Dirk opens his presentation with these historically concurrent versions of ‘Blame It On The Boogie’. We hear The Jacksons’ more famous version, then the earlier German version by original songwriter ‘Mick Jackson’ (no relation). Dirk tells the apocryphal story of how the song was discovered at the MIDEM show in the 1970s, and then immediately debunks this legend, stating that it was actually a more straightforward publishing deal because The Jacksons needed a more successful hit than their previous one.
https://www.youtube.com/watch?v=mkBS4zUjJZo


Both versions were released around August 1978 and engaged in a ‘Batlle of the Boogie’. In the UK, Radio 1 only played The Jacksons’ version, while in the US, Capitol Radio only played the Mick Jackson version.
As time went on, however, the rise of the Jacksons’ version led many people to believe that Mick Jackson’s version was the cover. This was compounded by the names – the songwriting credit on The Jacksons’ album was described as ‘M. Jackson’ (!). The Jacksons’ album stated that ‘all songs were written by The Jacksons’, which was true [JB – if outrageously misleading].
Dirk now discusses the arguments for defining the quality of a song by its commercial value, as judged by the industry gatekeepers of the period – major labels and publishers etc. He reminds us that the truth is more complex, due to the marketing strategies of pluggers and other promotion professional in the industry i.e. a good song still needs good promotion and may not see the light of day based on its artistic merits alone.
We now see a diagram of song characteristics, shown as a continuum between conceptual structures and realization. In the former category we have tonality, rhythm/meter and composition – the macro-structural elements of song. In the latter category ‘realization’ we have sound, groove and performance. [JB note – this is related to the song/performance/track paradigm, as discussed in Allan Moore’s ‘Song Means’ (2012)]. Dirk now discusses the relationship between the ‘sheet music’ – the song itself – and its ‘realization’ – the recording of the song.
“In a nutshell, good pop music depends on a good sound and a good performance, rather than a complex composition”.
[JB comment] Here, Dirk makes the reasonable point that popular music often consists of a musically simple composition that is interpreted in a sophisticated (but appealing) way. The composition may be simple, but the sound is complex. Dirk asserts – also reasonably – that a pop recording is an interpretation of a lead sheet. However, I think this applies more straightforwardly to the era of The Jacksons than it does to contemporary pop, which is often composed and recorded simultaneously (at a Digital Audio Workstation).
Dirk provides an entertaining (but perhaps not exhaustive) taxonomy of groove, which he categorises via <Noun (adjective, genre example)>. His examples are Drive (driving, Polka), Groove (gyrating, Soul), Swing (sinuous, Jazz) and Boogie (spiral, Disco).
The next section of the presentation deals with the relationship between performer and audience in a live setting [although this is discussed only very briefly as the session chair reminds Dirk of the time remaining].
We now hear a direct comparison of the versions of Blame It On The Boogie (104BPM and 112BPM for the Mick Jackson/Jacksons versions respectively), and Dirk reflects that The Jacksons’ version had a more disco-friendly tempo. [JB comment – not sure why these are described as ‘Allegretto’ and ‘Allegro’ – these traditional terms are unlikely to have been used by either artist]. He is critical of Mick Jackson’s brass/guitar mix balance, and notes that The Jacksons’ version is better mixed, with more sophisticated use of the stereo imaging of each instrument.
Dirk concludes that classical music analysis techniques cannot easily be used to deconstruct pop’s core composition and are inadequate to analyse the audio. [JB note – I agree  – the (mis)-use of classical analysis techniques in pop musicology is much-discussed at IASPM!].