Hyper­compression in Music Production: Agency, Structure and the Myth that ‘Louder is Better’ #arp2015 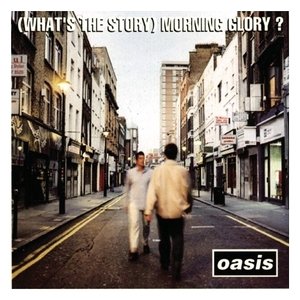 Was this album an opening salvo in the Loudness Wars?

Abstract: Achieving ‘loud’ recordings is a prevailing expectation within the creative system of music production. This is supported by the process known as hyper­compression and has resulted from the ‘louder is better’ paradigm; “the established assumption that a ‘louder’ recording will invariably, by comparison, be preferable to most listeners” (Taylor and Martens, 2014). Once one artist, seen here as a creative agent, had reached a new level of loudness all other creative agents had to follow so when comparisons were made between recordings, one was not seen as softer and in a sense, inferior (Weymouth, 2012). The existence and persistence of the myth surrounding the loudness of recordings, despite the accumulated scientific evidence regarding the deleterious effects of hyper­compression, has been largely overlooked within an examination the creative system of audio production. There is a distinct tension between the empirical evidence of applied science and the subjective interpretation of creative agents in that the practical use of hyper­compression continues unabated. As part of a larger research study, this paper examines these tensions from a systemic perspective where agency and the symbolic and social structures they engage with, operate within what Williamson and Cloonan define as the music ‘industries’. These industry sectors, or industries, operate as discrete systems themselves and also act, at the   same time, as part of a larger scalable system centered around the production and distribution of music recordings (artefacts). A synthesis of both objective and subjective viewpoints will be used to examine these creative systems (Csikszentmilhalyi 1998, 1999), coupled with Bourdieu’s theories of habitus and capital (1993, 1996), to expose the relationship between agency and structure in the use of hyper­compression as a creative tool.

Robert begins with a summary of hypercompression and notes that he prefers this to the commonly used term ‘the loudness wars’. He suggests that one significant early example was the mastering of Oasis ‘What’s the Story (Morning Glory)’ (1995).

We see Fletcher-Munson curves and Robert provides a detailed and illuminating discussion of the relationship between RMS, loudness and listener preference. As he puts it ‘it’s like the Pepsi challenge’ – when comparing mixes, listeners generally choose the ‘louder is better paradigm’.

Robert alludes briefly to the way we might frame listener perception of loudness via a Shannon-Weaver model.

The remainder of the theoretical framework is now summarised as ‘Agency, Structure and the Creative System’, citing Giddens, Csikszentmihalyi and McIntyre (Phillip McIntyre being helpfully present in the room today). He discusses transmissions of signals within systems, leading us to popular music questions:

Robert states, after Williamson and Cloonan (2007) that the so-called ‘music industry’ should be better defined systemically as a collection of ‘music industries’ and that there are four recursive elements – audience, applied fields, cultural production and commerce. This leads us to a discussion of McIntyre (2012) and Bourdieu’s (1990) term ‘habitus’ or ‘a feel for the game’.

Robert notes, as an aside to his theorising, that hyper-compression is not new – it’s been going on since the 1950s at least, because it makes mixes sound ‘better’ and therefore more attractive to the market.

Robert begins to run out of time so alludes very briefly to his last few references, noting that his research frames the concept of agency and therefore ‘free will’ (noting that this is a big subject for another time).

He considers hyper-compression as analogous to the Cold War. All sides get into an arms race, and no-one wants to back down.

In questioning, Robert observes that the AES considers loudness normalisation (as now used by Apple and Spotify) to be a potential game-changer, but not enough people in the industry yet know about it. He considers that it may take a generation for the cultural shift to become apparent.

[JB note – for me, this was the ARP conference at its best. An experienced practitioner (Robert) has combined technically and artistically accurate production observations with real-world examples while using a highly abstract and theoretically sound framework from cultural scholarship and creativity studies.]