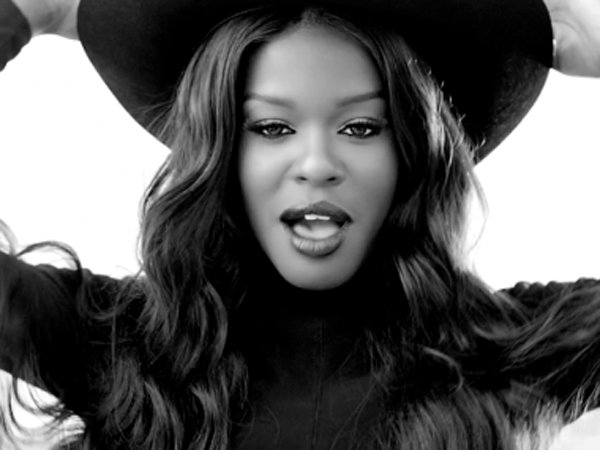 Abstract: Studying the art of production in popular music involves the subjectivities of artists, producers, engineers, and musicians, and their involvement in the recording process, which have a major impact on the composite recording. This joint paper sets out to locate the aesthetic effects of production as a means to gaining a better understanding of how human agency functions in this context. Our focus therefore falls on the spectacle of sound, with specific focus on the aesthetics of production in Azealia Banks’s 2014 album, Broke with Expensive Taste.

By closely examining a number of tracks from this album, we consider the twists, contours, turns, and transgressions of Banks’ performances. Employing a broad perspective, we draw on theories and methods found in film studies, media studies, and cultural studies to shed light on how processes of production stage the gendered body. Of paramount importance, we argue, are the production techniques that conflate the performer. These take place against a backdrop of referents and sonic markers that are culturally relevant. In the case of Banks, the numerous features that define her unique performativity distinguish her creative endeavors. The main objective of this paper is to throw a light on this through suggesting new ways of intersecting digitized sound, performance, and music technology. The intention is to expose the significance of recording aesthetics from a musicological standpoint. Accordingly, the analytical methods we advocate attempt to probe at the audio image in order to   reveal the signification of gender in relation to musical referents. It is the aesthetic effects of production that offer a platform for grasping how gendered subjectivity functions in popular music.

After outlining the approach, combining theories from popular musicology and gender studies, Kai describes Azealia Banks’ career rise and media acknowledgements. We hear several excerpts of recordings by Azealia Banks, all from the album Broke With Expensive Taste (2014): the songs Idle Delilah, Ice Princess, Luxury, 212 and Gimme a Chance.

The rest of the session concentrates on the song Chasing Time, and we are invited to think about stylistic diversity and sonic excess. Kai discusses the sonic aesthetics, noting that elements fade in and out, and use of drops and filter effects to make an allusion to House music. The (over?) use of instrumentation and effects contributes to an impression of sonic excess, with extreme changes of aesthetics on the barline between sections. The voice alternates between rapping and singing, and the song’s production structure underpins the vocal framing. Azealia’s ‘agency’ is highlighted by the juxtaposition of solo vocal with minimal treatment and more extreme processing and tracking. Kai implies that multitracking helps to construct the gender body sonically. I’m not sure I agree – or at least I think this is rather a subjective inference – and a questioner picks up this very question from the floor. That’s one of the problems created by studying creativity without consulting the creator – we rely heavily on listener inference without any information about authorial intent. Does this matter? I would argue that it does, because every listener is subjective and creates his or her own meaning. Allan Moore champions the role of the listener in popular musicology, and suggests that we should embrace subjectivity, but I worry that making (individual) inferences of sonic meaning without information about creative intent does not tell us much about popular music. Kai tackles this head on in his response, and argues, as Moore does, that listener inference (of sonic meaning) can have academic value even though it does not illuminate the creative team’s intentions.

The next speaker is Stan Hawkins, who is taking a cheerfully commercial (as he puts in, anti-Adornian) approach to defining the ‘hyper-embodiment’ in hip-hop sonic design as exemplified in ‘Chasing Time’.

He argues that the production creates an augmented sense of reality, and that such production styles become norms very quickly (he mentions Zebra Katz). We now watch a video of Chasing Time, and Stan invites us to consider the way augmented reality is created by the production and also the video.

Stan asks, reasonably, where we (particularly as a room mostly full of white middle-class males) might start in analysing the sonic/visual work as a whole. He mentions the monochrome technique and cites The Black Female Body: A Photographic History (Willis and Williams, 2002), also mentioning Madonna’s Vogue video as an earlier example. We see in the video images of Banks, her body parts (often hyper-sexualised), and her entourage.

We now move into a more detailed discussion of hyperembodiment, and Banks’s role as a queer-hop artist, not only through the production and video content but also through the use of explicit swearing as a way of painting a picture of an artist with ‘pose, gaze and attitude’ – and therefore wide audience appeal.

Stan ends the presentation with a discussion of subjectivity, and the camp approach to queer/gay narratives and sexuality. He considers that extreme refashioning is taking place and that Banks’s hyperbolic implications (in music, dress, choregraphy) makes her work a challenge to ‘beauty standards’.