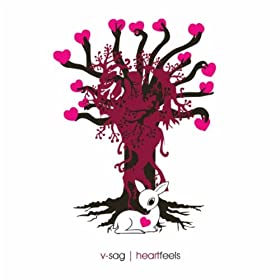 Abstract: Due to the development of digital technology music production has changed. Any aspiring pop musician is required to have a home studio even if the end product acquired in that particular studio never reaches the radio waves. This makes everyone a producer of some kind and, due to cloud drives and the digital space, collaborative music production partly takes place independent of space and time. The problem is that the term “producer” becomes more obscure as the new generation of music makers distinguish between “trackers” or “track guys”, “topliners” and “songwriters”. Furthermore, due to phenomena such as “copyright wars”, in the present­day DIY setting, where most people start their carreers, forward-­driven producers and music makers need a whole new set of skills. These skills increasingly include knowledge about copyright law, contracts and legal processes and less that of traditional musicianship. I base my claims on a case­ study, who is a Helsinki­-based aspiring “urban pop” producer Mikke Vepsäläinen.

Tuomas begins with a defence of the case study as a research method, while acknowledging its shortcomings. He then outlines Vepsäläinen’s career to date, noting that the two research interviews with him pre- and post-date his signing to Warner Bros Finland. We now see a mission statement from his production company 7th floor music, and hear the music described as ‘urban pop’, with ‘generic’ elements contrasting with ‘surprising organic elements’.

Our first audio example is Perspective Star by V-Sag:

Tuomas observes that in the research interviews Vepsäläinen focuses more on industry matters than creative practice, admiring all things Swedish, including industry approaches and creative practice. He has studied law to help him to understand copyright, contracts and business.

The next section discusses the influence of Spotify on producers, making all audio reference material available immediately – a shift from historical producers who were influenced by their own personal record collections. Vepsäläinen’s focus is on getting production assignments with major labels. He collaborates with older, more established producers with track records.

The other departure from the DIY producer ideology is Vepsäläinen’s desire to get away from his home studio and its technical and sonic constraints. The laptop becomes the independent space and it acts as his travelling studio, making the timespan of a project very fragmented. This approach, Tuomas speculates, challenges the ideas of the studio as a ‘womb’ or ‘bunker’ (Eliot Bates).

Tuomas ends by reflecting on the possible value of his research, studying ‘non-canonized’ producers and the non-mediated agency this brings, although personally I take the view (Bennett, 2013) that studies of creators are more meaningful when the individual has already achieved artistic success. This relates to Csikszentmihalyi’s System’s Model of Creativity (basically, cultural Darwinism) and provides a challenge for research epistemology. Early-career artists are easier to access but arguably less interesting to study; established artists are more difficult to access but have had their work societally and artistically validated.