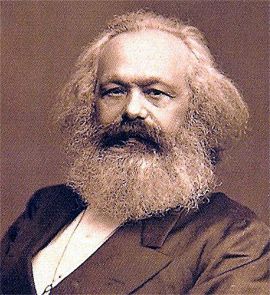 Musicians who make music for the market, or are regularly employed, are workers. Can this apparently banal observation tell us anything about music as process? I draw on Marx, Arendt and MacIntyre among others to address this question, and examine some cases from popular and art music.

Jason Toynbee is Senior Lecturer in Media Studies in the Department of Sociology at The Open University. His research focuses on musical labour and creativity, and music and diaspora. Sometimes he examines these issues together, as in his books Bob Marley: Herald of a Postcolonial World? (Polity, 2007), and Migrating Music (co-edited with Byron Dueck, Routledge, 2011).

Jason began by reflecting how interestingly today’s papers have converged around common themes even though their objects of study are very different.

He identifies a variation in the willingness (of music creators) to reflect on their processes. What is practice as research – when is it more than, or the same as, auto-ethnography? These questions of method and approach are vital because of the slippery nature of ‘process’ in music making. There is a dominant view that music is ineffable – does that make the process of its making beyond capture? We must start, he says, with the ontological presumption that process exists, is manifest, and can be located. The answers, he suggests, are partly time-based, musical creativity being a real time process. Many of today’s researchers are phenomenologists, even passively.

A common theme today is that the musical process is partly social (Jason acknowledges that as a sociologist he would say this!). He asks ‘how do we divide up the making of music?’. Genre aesthetics raises questions of value in music-making processes. The creative process itself has value and is valued by society.

Jason’s presentation now moves to a discussion of ‘Music as Labour’. Why labour? There is, he asserts, a potential power to be tapped from a large theory that extends outside music to other kinds of labour. Comparisons are enabled. There is a danger of ethnocentrism; perhaps not all music making can be considered under the ‘rubric of labour’. Jason suggests that labour exists in many facets of music making, and not just in the obviously commodified world of commercial pop (he cites IRCAM as an example of ‘funded’ labour).

We look now at social theories of labour, covering Arendt and MacIntyre. He notes that Marx fundamentally believed that all labour is creative. Marx’s theory of labour is fully material, grounded in the body and the world (this approach he contrasts with Stravinsky and Stockhausen).

Creative musical labour is described as translation: horizontal, concertising and transcultural. “New stuff happens when musical materials are moved horizontally from one culture [I infer, cultural context] to another”. It is intensification: vertical, abstracting, endogenous (he cites serialism as an intended abstraction of functional tonality). It is differentiated by genre. Alienation plays a part – the division of labour may be outside creators’ control – ideas of abuse (indignation as a result of career frustration?), distortion and self-delusion. Jason closes by acknowledging the inherent contradictions in describing and understanding music as labour.