There once was a guy from Japan,
Whose limericks never would rhyme,
He tried really hard,
But couldn’t do it,
And after a while he gave up!
If you raised a faint smile reading the paragraph above, it’s because the first line of the poem promised rhymes that never appeared. We’ve all heard hundreds of limericks, and the form requires a specific AABBA rhyme scheme, where the first, second and fifth lines rhyme with each other, and the third and fourth lines rhyme as a separate couplet. That expectation of rhyme has been hard-wired into your brain by all the limericks you’ve ever heard.
A similar expectation is built into the brains of music fans through years of listening to popular songs. There are examples of successful non-rhyming songs, but these are pretty rare – almost all songs use rhyme in some way. For the songwriter, rhyming your lyrics really goes with the gig. And if you’re writing in the English language, pretty soon you run into the universal songwriter’s problem: all the best rhymes have been used.
A large part of the craft of writing songs is the ability to be a problem-solver, and rhyming could be viewed as a simple word puzzle, where our task is to find the solution. Let’s say you want to convey a classic song idea such as “You’re the one I love”. There are only three ‘perfect’ rhymes available for the word ‘love’, and they are ‘glove’, ‘above’ and ‘dove’, all of which have been so heavily used by songwriters for hundreds of years that they’re near impossible to use without sounding clichéd. One solution is to choose a ‘forced’ rhyme that doesn’t quite work so well, such as rhyming ‘love’ with ‘enough’ or ‘of’. This works some of the time, but again it’s a well-known rat run for songwriters. The love/of rhyme appears in thousands of songs, such as the 1928 jazz standard I Can’t Give You Anything But Love, Baby, which rhymes the title phrase with the slightly tortuous ‘That’s the only thing I’ve plenty of, baby’. 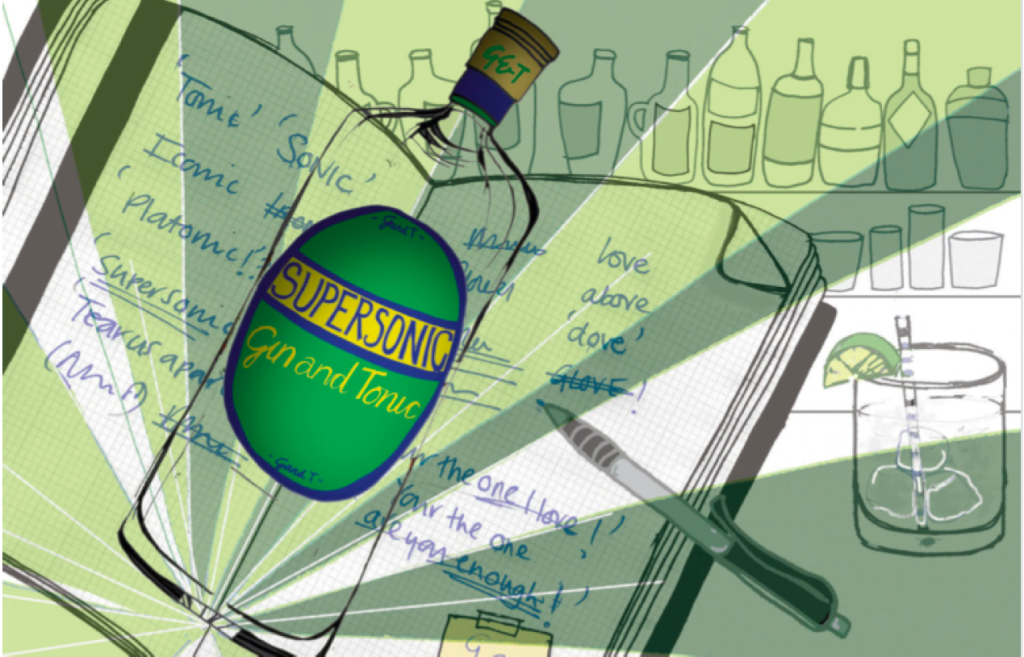 And these rhyme challenges are the same for all of us. The word ‘heart’ is the only really useful noun in English that works as a decent metaphor for ‘feeling’, ‘spirit’, ‘my emotional self’ etc. And the only useable rhymes (apart from the obvious rude one) are ‘start’, ‘art’, ‘smart’ and ‘part’, plus related two-syllable words such as ‘apart’ and ‘restart’. This limited palette is endlessly recycled by songwriters, but the Heart-shaped well shows no signs of drying up. The difficulty is that some of the rhymes can force the song into particular phrases. How many times have we heard ‘back to the start’, ‘tear us apart’ and ‘playing the part’? It’s a fine line between classic and predictable.
Sooner or later – usually sooner – every songwriter runs into what I like to call a Rhyme Trap. This is where you write one line, then end up actually changing the meaning of what you’re trying to say just because you need the next line to rhyme. The character in Oasis’s Supersonic seems pretty macho, and perhaps isn’t the kind of guy who would drink ‘gin and tonic’, but the rhyme works, and the phrase sings well, so Noel chooses singability and rhyme over meaning. He’s a bit of a serial offender – the character in She’s Electric has a ‘cousin’. In fact she’s got about a ‘dozen’. By the third line, the verse’s AAA triple-rhyme structure has run out of perfect rhymes, forcing the ending with ‘oven’ (this is called a double assonance rhyme, poetry fans).
So what’s a poor songwriter to do? Going back to our example, we could simply tweak the phrase ‘You’re the one I love’ until it reads ‘I’m in love with you’. This leaves us with the much easier problem of rhyming ‘you’. Suddenly our rhyme pallette is enormous, giving us well over 30 perfect rhymes including ‘blue’, ‘clue’, ‘do’, ‘shoe’, ‘through’, ‘to’, ‘view’ and ‘who’. Fleetwood Mac’s Big Love shows this technique in action; the song sidesteps the ‘love’ rhyme trap by putting the word in the middle of a line, so that the lyric reads ‘Looking out for love in the night so still / Oh I’ll build you a kingdom in that house on the hill’. No hands in gloves, turtle doves or skies above to be found here. So, if there’s no solution, change the problem. Or take those tricky rhymes and wobbl’em.