What's in a name? Ideas from titles 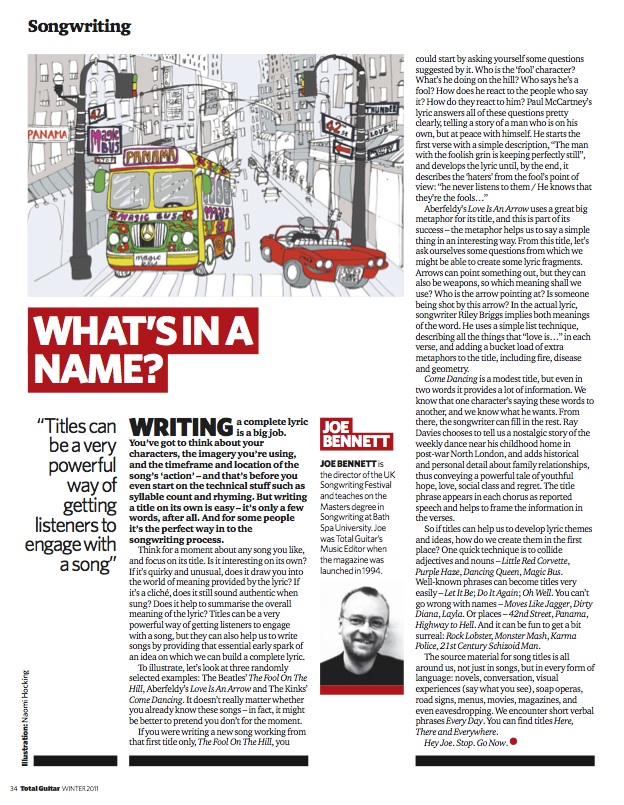 ——–
Writing a complete lyric is a big job. You’ve got to think about your characters, the imagery you’re using, and the timeframe and location of the song’s ‘action’, before you even start on the technical stuff like syllable count and rhyming. But writing a title on its own is easy – it’s only a few words after all. And for some people it’s the perfect way in to the songwriting process.
Think for a moment about any song you like, and focus on its title. Is it interesting on its own? If it’s quirky and unusual, does it ‘draw you in’ to the world of meaning provided by the lyric? If it’s a cliché does it still sound authentic when sung? Does it help to summarise the overall meaning of the lyric? Titles can be a very powerful way of getting listeners to engage with a song, but they can also help us to write songs by providing that essential early spark of an idea, on which we can build a complete lyric.
To illustrate let’s look at three randomly-selected examples; The Beatles’ The Fool On The Hill, Aberfeldy’s Love Is An Arrow and The Kinks’ Come Dancing. It doesn’t really matter whether you already know these songs – in fact it might be better to pretend you don’t for the moment.
If you were writing a new song working from that title only – The Fool On The Hill – you could start by asking yourself some questions suggested by it. Who is the ‘fool’ character? What’s he doing on the hill? Who says he’s a fool? How does he react to the people who say it? How do they react to him? Paul McCartney’s lyric answers these questions pretty clearly, telling a story of a man who is on his own but at peace with himself, starting the first verse as a simple description “The man with the foolish grin is keeping perfectly still”, and developing the lyric until, by the end, it describes the ‘haters’ from the Fool’s point of view “he never listens to them / he knows that they’re the fools…”. 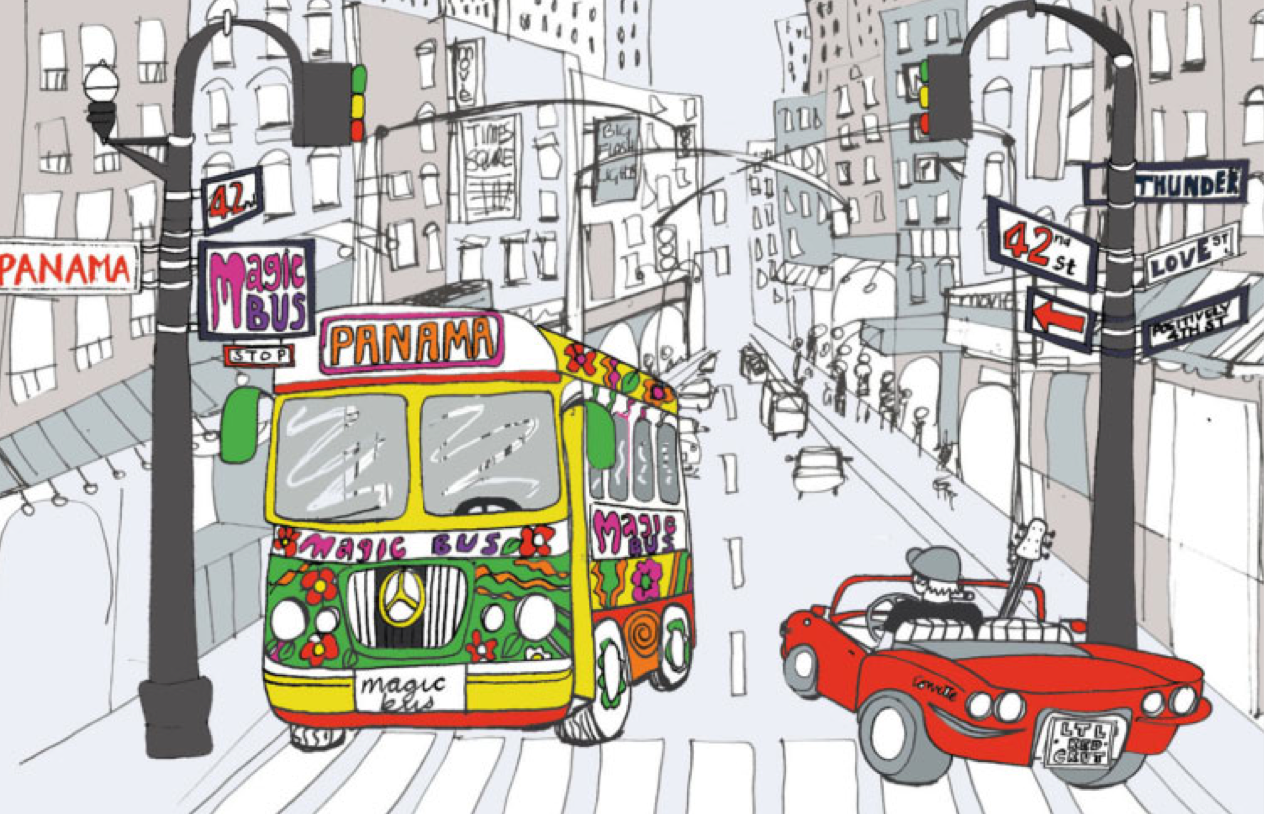 Aberfeldy’s Love Is An Arrow uses a great big metaphor for its title, and this is part of its success – the metaphor helps us to say a simple thing in an interesting way. From this title, let’s ask ourselves some questions from which we might be able to create lyric fragments. Arrows can point something out, but they can also be weapons, so which meaning shall we use? Who is the arrow pointing at? Is someone being shot by this arrow? In the actual lyric, songwriter Riley Briggs implies both meanings of the word. He uses a simple list technique, describing all the things that “love is…” in each verse, and adding a bucketload of extra metaphors to the title, including fire, disease and geometry.
Come Dancing is a modest title, but even in two words it provides a lot of information. We know that one character’s saying these words to another, and we know what he wants. From there, the songwriter can fill in the rest. Ray Davies chooses to tell us a nostalgic story of the weekly dance near his childhood home in postwar North London, and adds historical and personal detail about family relationships, conveying a powerful tale of youthful hope, love, social class and regret. The title phrase appears in each chorus as reported speech and helps to frame the information in the verses.
So if titles might help us to develop lyric themes and ideas, how do we create them in the first place? One quick technique is to collide adjectives and nouns – Little Red Corvette. Purple Haze. Dancing Queen. Magic Bus. Well-known phrases can become titles very easily – Let It Be; Do It Again; Oh Well. You can’t go wrong with names – Moves Like Jagger; Dirty Diana; Layla. Or places – 42nd Street; Panama; Highway to Hell. And it can be fun to get a bit surreal. Rock Lobster. Monster Mash. Karma Police. 21st Century Schizoid Man.
The source material for song titles all around us, not just in songs, but in every form of language – novels, conversation, visual experiences (say what you see), soap operas, road signs, menus, movies, magazines, even eavesdropping. We encounter short verbal phrases Every Day. You can find titles Here, There and Everywhere.
Hey Joe. Stop. Go Now.