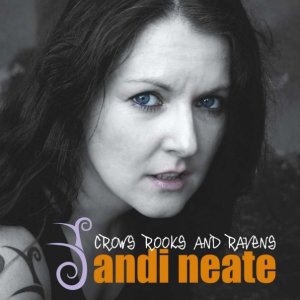 A year in the making, but it’s finally here. Crows, Rooks and Ravens is the album I co-wrote with singer-songwriter Andi Neate, released 19th March 2009. We started work on it in January 2008, and wrote/recorded around 25 songs, of which 10 appear on the album. It was a fascinating process, because Andi was in Edinburgh and I was in Bath, so we wrote all the lyrics online using Google docs, meaning we could update a lyric file separately or simultaneously. Inevitably it’s been a challenging journey, not least because Andi has never collaborated on a whole album before, and I have never written ‘remotely’ like this, but we both got a lot from it, and we’re proud of the result, and I think there are some finely crafted songs on there (but I would say that, wouldn’t I?!). The recording sessions took place in Bath and Edinburgh, with hard drives and musicians traversing Hadrian’s Wall by Parcel Force almost every week.

Andi and I started working together during the Burnsong project in November 2007 (see previous posts on the Vox blog) and decided to write and produce the album together a few weeks later. The demo process was as follows;

Sometimes we had three or four songs on the go simultaneously, which made things easier if a song wasn’t working, or we wanted to put one on the back burner for a while.

Here’s a video we shot during (a break in) the Bath studios sessions – an acoustic version of our song ‘Come Back Home’.